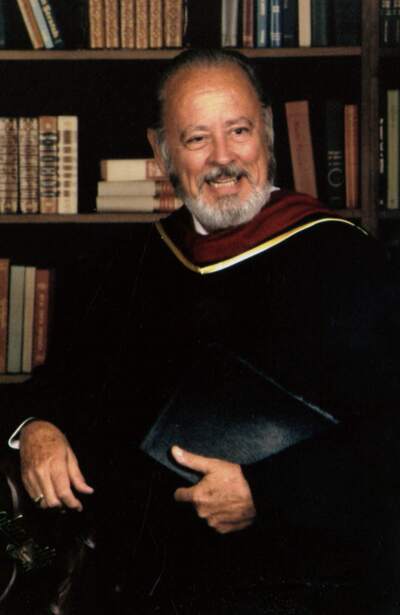 John graduated from Versailles High School, Versailles, Kentucky, January 1946. Immediately upon graduation, he volunteered for the Army. He received basic training at Camp Lee, Virginia, and saw service in Manila, Philippine Islands, where he served until June, 1947. September, 1947, he entered Transylvania University, Lexington, Kentucky, and received an A. B. degree in August, 1950.

He worked from 1951 to 1963 as a Traffic Clerk for National Distillers & Products Corporation, Frankfort, Kentucky, in 1963, he graduated with a Master of Divinity degree in 1966. He worked for several years toward a doctorate and received the Doctor of Ministry degree from Pittsburgh Theological Seminary, Pittsburgh, Pennsylvania, in 1987.

He married Bonnie Lou Farmer on June 29, 1969, in Charlestown, Indiana. From the beginning, she was a vital part of his ministry.

John was preceded in death by his parents; brother, Guy; and grandson, Hunter.