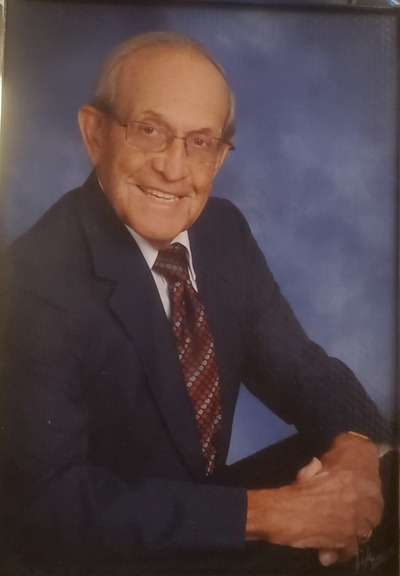 John Philip Benjamin “Phil”, devoted husband, father, grandfather, and great grandfather passed away peacefully February 2, 2022 at the age of 97.  He was born February 6, 1924 to Clarence and Mary Benjamin in Arapahoe, NE.  He was preceded in death by his parents, brother Robert Benjamin, wife Doris, daughter Nancy Benjamin-Makowsky, and grandson Samuel Benjamin.  Phil is survived by his son Tom and his wife Brena, their two children Paul Benjamin, his wife Leslie, and daughter Jane Benjamin, fiance Ryan Garwood and Jane’s daughter Robyn, son Bruce and his wife Becky and their daughter Hannah Benjamin, Phil’s daughter Mary Benjamin Keaveny, her husband Chris and their children Clint, Ryan, Kevin, Megan, and Joseph. In addition, Phil is survived by his sister Betty Moulin.

Phil graduated from Arapahoe High School in 1942, proudly served in World War II and attained the rank of Ensign in the United States Navy.  Phil received his bachelor’s degree in Aeronautical Engineering from the University of Iowa in 1946.  Throughout his career, he held various positions in the engineering field. Phil married his high school sweetheart Doris Irene Roesler on September 11, 1949. They were married for 64 years.

Phil loved spending time with his family.  His biggest passions were golf and tennis. He loved organizing matches with anyone he could talk into playing and demonstrated an intense competitive spirit.  He loved Nebraska football, OKC Thunder basketball, and adopted the school teams of his children as they went through school. Phil was the ‘life of the party’ and loved to dance and play cards. He was a member of the local square dancing club with wife Doris and regularly played bridge with his friends, known as “The Group”. Phil was devoted to his faith and was a member and leader of Messiah Lutheran Church over 50 years. We will cherish our memories of his competitive spirit, sense of humor, and family devotion.