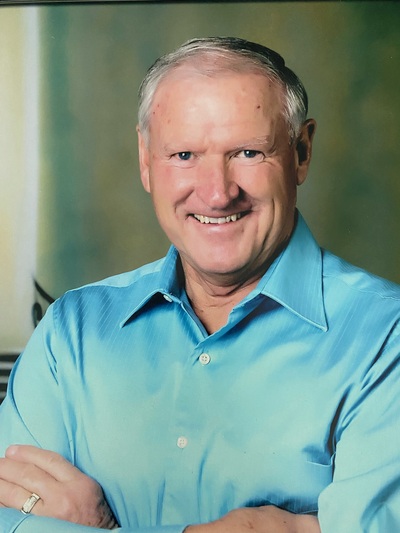 Our dear husband, father, grandfather and great grandfather, Johnny Edward Elliott, II passed from death unto life on July 11, 2022, surrounded by his wife and children.

Johnny was born February 2, 1942, to John Ellis Elliott and Stella Elizabeth Elliott-Holt in Aransas Pass, TX.  He was the youngest son and next to youngest of their five children.  He is survived by his wife, Elsie, three sons and their wives, Johnny and Kim, Jerry and Gina and James and Beth, nine grandchildren and eight (soon to be nine) great grandchildren.  He was preceded in death by his mother and father and four siblings, Eddie Elliott, Donald Elliott, Odie Hancock, and Naomi Dickenson.

His family moved to Lovington, NM when Johnny was six and remained there throughout his early years.  He excelled in football, baseball, and track in addition to being elected as class president.

However, his passion was never sports.  His real passion, one that he would retain the rest of his life, was serving Christ.  As a teenager, he served as a Sunday school teacher, superintendent, and youth leader at First Assembly of God.

It was there at church at the ripe old age of 12 that he first spied a dark eyed, quiet girl that would soon make a significant impact in his life.  Elsie and family had just moved to Lovington and began attending First Assembly.  After some ado, Johnny and Elsie became a couple and remained so for the next 67 years, marrying in May of 1960.

After a couple of years of wedded bliss, Johnny packed up his wife and recently added child and moved to Waxahachie, TX to attend Southwestern Assemblies of God University.  His intent was to earn a degree in business.  Early in his studies, God came to him in a dream and placed on him an unmistakable call into the ministry.  From that moment, his purpose in life never wavered.  He worked as a plumber, a freight dock worker, and an electronics inspector to pay his way through college, became president of his class and finally, earned his bachelor’s degree in Church Ministry.

Johnny was licensed as a minister with the Assemblies of God and ordained in 1969.  Over the span of 50 plus years of ministry, he pastored 3 churches in the state of New Mexico.  During this time, he served as the sectional youth leader and presbyter (pastor of pastors) for the southeast section of the state and later became an executive presbyter for the entire state.  His achievements include the founding of a day care center and Christian school, numerous successful building projects, and contributions as a board member, committee member and consultant too numerous to list.

Upon retirement from the ministry, Johnny and Elsie moved to Edmond, OK where he became manager of a storage facility.  Though he retired from the ministry, he could never quell his passion to serve Christ.  For everyone he encountered, he had a question, “What do you need God to do for you today?”.  That simple question would spark conversation and a prayer which would inevitably lead to ensuring everyone had a chance to know Jesus as their Lord and Savior.

We celebrate his life and are thankful for his contribution to ours.  Heaven is even more precious as we are comforted by the blessed hope that we will be reunited with him someday as God wills.