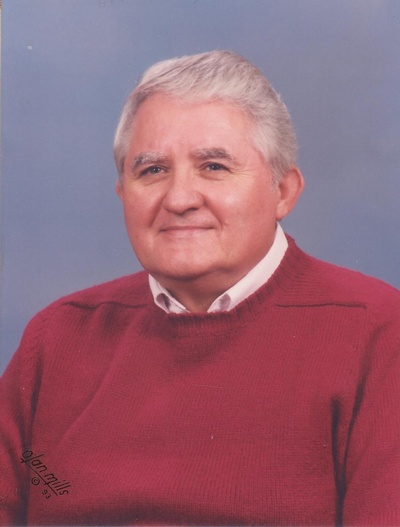 Billy John “Johnny” Thorne passed peacefully from this life on April 25, 2018 in the Bobby Murcer Suite at Mercy Health Center.  Although his wish was to die at home, in his recliner, in front of the television, watching the birds on his feeders and in the bird bath in the backyard, as a lifelong resident of the Oklahoma City metropolitan area and a baseball fan, it was the next best place for his departure.

He was born February 15, 1937 in his family’s home in the Reed Park neighborhood to Charlie, a grocer and Mary Lou (Withrow) who preceded him in death.  His childhood was spent going to western double features on Saturday afternoons with his brothers and friends and working for his father at Thorne Grocery and Feed, the family store at NW 16th and MacArthur Boulevard.

Learning to work hard at an early age paid off for him as a teenager.  After missing a significant part of his 9th grade year due to a burst appendix, Johnny took a heavy load his senior year in order to graduate with his class in 1955 from Putnam City High School.

Between graduating from high school and the start of his career he worked a series of jobs including driving a truck for Coca Cola, a route that included the old Bricktown district, and working at the family store.  Although the last 30 years of his life was spent as an Oklahoma State University supporter, he actually quit his job driving the Coke truck to watch OU play Notre Dame on television, a somewhat rare event in the mid-fifties.   And he was very disappointed when the Sooners lost the game.

Then, in 1957 he accepted a job as a clerk for the United States Postal Service, the beginning of a very interesting and accomplished career.  During this time Johnny also served in the National Guard, receiving an Honorable Discharge in 1962.

It was around this time that Johnny became more active in the Christian church.  He served as deacon, taught Bible Studies and for nine years was part-time music minister and choir director at Forest Hill Christian Church.  Through serving his Savior he was rewarded with two life-changing relationships.

While calling on a young family who had visited church, he met Bob Maxwell, the man who would become his closest friend, best man at his wedding and his fishing partner on the east wall of Lake Overholser.  Bob, Marlene and their children would become like family for Johnny from his bachelor years until his last day on earth.

A few years later he met Sue (McCluggage), a young college freshman who quickly became the love of his life.  They were married in December 1965, beginning a family that would include three children and five grandchildren.   He was famous for telling people of his plans to divorce Sue as soon as he found someone better.  Last December they celebrated 52 years of marriage.

As Johnny worked his way up into management at the USPS, among his duties was to accept children’s letters to Santa Claus.  Partnering with local Oklahoma City charities he would try to make underprivileged kid’s Christmas morning wishes come true.  A more grim task presented itself following the tragic mass shooting at the Edmond Post Office in 1986.  Not having a formal procedure for the situation, Johnny came up with the plan and volunteered to see it through.  He was the one who sorted the mail that was blood damaged, whether from a few droplets to a thorough soaking, communicating with senders and recipients as possible to ensure the transit of bills, notices, letters and greeting cards.

In his last position before retirement, he was responsible for auditing every post office in Oklahoma and west Texas, a job that found him driving on every stretch of highway in the state.

In Autumn 1992, Johnny took early retirement, ending a distinguished 35 year career at the USPS and began his house husband years.  While his wife, Sue taught elementary school in the Putnam City School District, he washed loads of laundry, occasionally prepared dinner and took care of some other light chores.

This chapter of life also brought grandchildren.  Calling him “G-Pop” they all admire and adore him, and he returned their love many times over.  Each one has special memories of time spent with him, and they shared some of these with him last Father’s Day.

Never attending college himself, Johnny put his wife and three children through college and provided a financial platform to do the same for his grandchildren.

Johnny enjoyed fishing, watching westerns and, when he was able, growing strawberries in spring and tomatoes through summer in his backyard garden.  Many of his friends received gifts from his large yield year after year.  He also liked to watch sports, including nearly twenty consecutive years of attending the Big 8/Big 12 baseball tournaments in Oklahoma City with his sons, son-in-law and grandsons.

In his last days, his family was united in abiding by his final wishes as best we could.  Johnny’s last moments were spent reclined in bed, the television was on and near his bed was a picture of a male cardinal, drawn just for him by his granddaughter, Kristen.

Johnny is survived by all of his siblings:  Dennis,  Tommy and Linda; as well as his wife, Sue;  his elder son, Jerry and his wife, Kathy (Baysinger), their daughters Katie and Kristen;  his daughter Jodi (Hamar) and her husband, Brannon, their sons, Blake, Luke and Reece;  and his younger son, Jeff.

In lieu of flowers, the family requests donations be made to Cookson Hills, a Christian ministry for at-risk children and teenagers, 60416 Highway 10, Kansas, OK 74347.