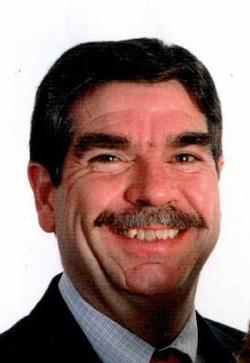 WALLACE
Jon, age 64, of Edmond, went to be with his Heavenly Father on Mar. 6, 2011. He was born Dec. 17, 1946 in Ardmore, OK to V.H &quot;Dick&quot; and Ruby (Combs) Wallace. Jon was a retired systems analyst for the OK State Treasurer&#39;s office. He served his country in the US Navy. He married Vicki Thornley Sept. 2, 1967. Jon was a faithful member and Elder of Britton Road Church of Christ. He was preceded in death by his parents; a brother, Harry; a nephew, Richard, and his father-in-law, Cleo Thornley. Jon is survived by his wife Vicki of 43 years; daughter, Cara Brazeal and husband Thomas; son Daryl Wallace; 3 grandchildren, Ashten, Tanner and Blair; his twin brother, Don Wallace and wife Karla a sister, Diane Scott; 2 sisters-in-law; Mary Wallace and Sherry Walker and husband Larry; mother-in-law, Ellen Thornley and numerous nieces, nephews and other relatives and friends. The family will receive visitors from 6-8 PM this evening at the Funeral Home. Services to celebrate his life will be 10:00 AM, Wednesday, March 9 at Britton Road Church of Christ with interment to follow at Memorial Park Cemetery. Memorials may be made to &quot;Hope for Haiti Children&quot; through Britton Road Church of Christ.