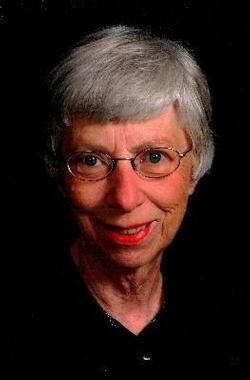 Katherine (Garrott) Wrights left this world to join her Savior on May 22, 2011, following a brief battle with cancer. Katherine was born in Tulsa, OK to Isaac and Mary Garrott. She graduated from Tulsa Central High School in 1958, and then attended the University of Tulsa where she met David Wrights, Jr. Katherine and David were married on October 20, 1962, in Norfolk, VA, where Katherine was stationed as a 2nd Lieutenant in the US Navy. After finishing her Navy service in 1964, Katherine taught high-school world history in various cities in OK and TX. Katherine and David were living in Roanoke, VA when their son, David Wrights III, was born in 1969. Over the next few years the family lived in Montgomery, Al, Winchester, KY, and Atlanta, GA before moving to OKC in 1974. After completing a Master&#39;s Degree in history at the University of Oklahoma in 1976, Katherine began her 28 year career with the City of OKC where she made many lifelong friends. After her retirement in 2006, Katherine kept in touch with her many City friends. She was also active in her church and had joined the DAR in the year preceding her death. Her many interests included British and American history, gardening, playing bridge, and cats. Katherine is preceded in death by her parents and her brother, Charles Edmond Garrott. She is survived by her husband David, her son David III and wife Shannon, and grandchildren Samantha, Alissa, Sarah, and Ray. Survivors also include her nephew Eddie and wife April and their children along with several cousins. She will also be missed by her church family and many friends. A memorial service for Katherine will be held on Thursday, May 27, 2011 at Village Christian Church, 9401 Ridgeview Dr. in OKC at 10:00 AM. Interment at Gracelawn Cemetery in Edmond, OK will follow.