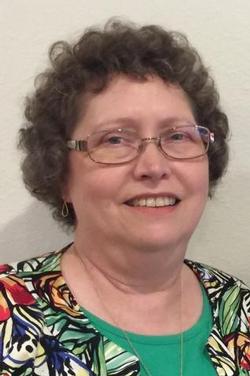 Born January 8, 1950 as the eldest daughter of JD and Joan Blish. In the first grade she met the boy she would eventually marry and on August 26, 1969 she married Dewayne Stafford in Roosevelt, OK. They moved from Roosevelt toEdmond for Dewayne to go toCentral State. After Dewaynegraduated, they moved to Muskogee where she was a nurse's assistant. They eventually made their home in Midwest City where she went to Tech school to learn how to work in a laboratory, a career she did upuntil the end. While they were in Midwest City, they were leaders of a bus ministry at Ridgecrest Church of Christ and took care of children in need. They eventually moved to Altus where they worked in thelaboratory and fostered children.

After a year they moved to Springdale, Arkansas and started the adoption process. August 9, 1983 they adopted their first daughter: Tia. After almost 14 years without child, Kathie finally fulfilled a dream of becoming a mother. Four short years later, her youngest,

Tiffany, was adopted. Kathie was always proud of her daughters and raised them to become amazing strong women. In 1992 Dewayne and Kathie moved back to Edmond, OK where Kathie started working at Deaconess Hospital until her death. She loved her co-workers and even took a trip with some of them toEurope a couple of years ago. Two of her happiest days were watching her daughters get married. She was a thoughtful mother and wife who was quick to turn to God in both times of sadness and times of great joy. While she will be missed here, we take comfort that she is without pain in the arms of her Father.