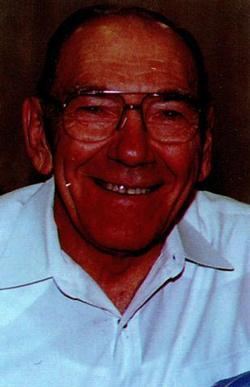 CERMAK,
Lee, Jr. went peacefully to be with the Lord on November 19, 2008, in his home, after losing his battle with cancer. He was born December 28, 1931 in Wheatland, Oklahoma to Lee and Anna Cermak. He was a wonderful husband, father, brother and friend to all. Lee retired from Oklahoma Air National Guard in 1986, after 27 years as Building Maintenance Superintendent. He was a member of the Gray Eagles. After retirement from the guard he went into business as &quot;Lee&#39;s Heat and Air Repair Service&quot; and retired again in 1995. Lee was preceded in death by his first wife, Betty; 2 brothers, Jim & Alvin Cermak; and 1 sister, Mildred Bennett. He is survived by his loving spouse, Ellen; three children, Janice Groce, Janet Lambert and David Cermak; 7 grandchildren; 5 great-grandchildren; 8 step-children; 21 step-grandchildren; 2 sisters, Christine Hardy and Pauline Aikman. In lieu of flowers you may make a donation to Mercy Hospice in Lee&#39;s memory. A Rosary service will be 7:00 pm Friday, November 21st at Epiphany of the Lord Catholic Church with Mass of Christian Burial at 10:00 AM, Saturday, November 22nd at Epiphany of the Lord Catholic Church, 7336 W. Britton Road, OKC, with interment to follow at Resurrection Memorial Cemetery.