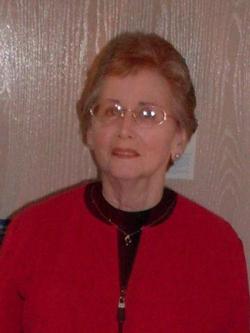 Leora, known as Eyrline by her family and friends, was born to James Putnam Holcomb and Leora Campbell Holcomb on June 6, 1937 in Bluejacket, OK. Eyrline graduated from Classen High School in 1955. She earned her Bachelors degree in Music Education in 1974 from Central State University in Edmond, OK. She enjoyed working with adults with disabilities. Eyrline referred to herself as an organist/pianist and served the church since 1951. She was previously an organist at Olivet Baptist Church. However, she was most recently a church pianist at 40th Street Baptist Church. Eyrline was a member of American Guild of Organists. She was a student/intern at Writers' Village University, studying, writing and helping F2K free creative writing classes. Eyrline had many hobbies. She loved writing, music, and collecting antiques.

Funeral service will be held at 2:00 on Tuesday, January 20th, 2015 at Olivet Baptist Church located at 1201 N.W. 10th St., Oklahoma City, OK 73106. Burial will take place at Kansas Cemetery in Piedmont, OK immediately following the service. Viewing will be at Buchanan Funeral Service on Monday, January 19th from noon-8 p.m. Family will be present from 5-7 p.m.