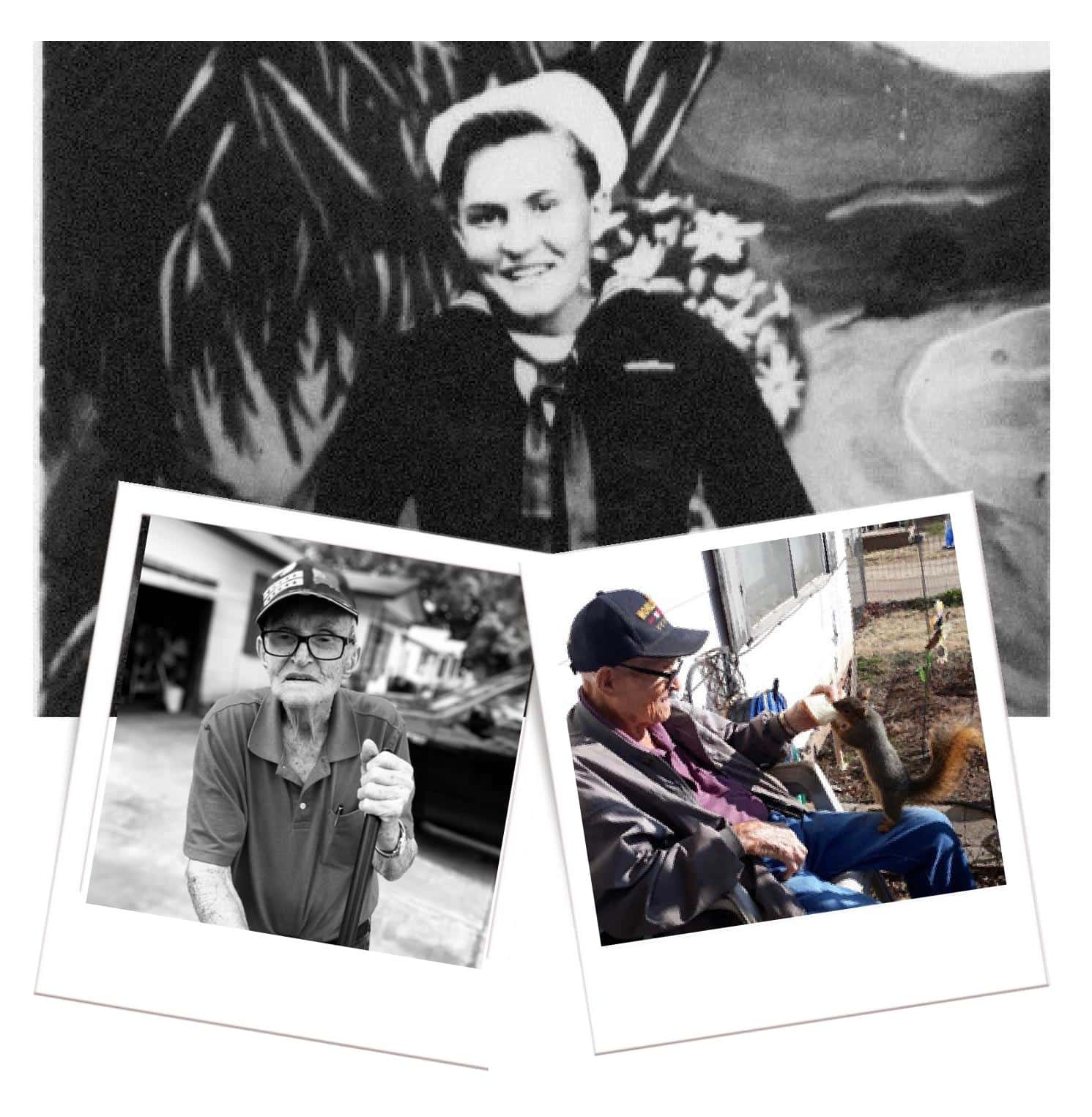 Lester Virgil Smith, 97, passed away peacefully after a long battle with dementia on Saturday, October 15, 2022. He was the first boy of eleven siblings born to James Roy and Edna Earl (Fisher) Smith in Kickapoo Township, Lincoln County, Oklahoma at Old Maid Andersons Farm on September 29, 1925.
Lester went to Buck School and Union Grade School in his younger years before joining the US Navy in 1944 where he served 6 years, 3 months and 3 days as a Seaman First Class (LC). He was part of the Amphibious Force in the Pacific as a Coxswain on a LCM-3 and other vessels. He spent most of his time at sea and bringing the army to shore for battle. He would love to share his stories of his time in the Navy and WWII with anyone who would like to listen and learn. When his time with the Navy was over, he moved on to serve as Supervisor of the Engine Branch at Tinker Air Force Base for 34 years. He loved those years and was even lucky enough to be the representative of the engine branch to sit in on the meeting which lead to the AWACS coming to Tinker. Lester liked to square dance, play softball, box and bowl along any other sport he wanted to take on. He loved to help everyone learn to play sports and teach them to play as well as they could. He spent lots of time coaching softball and bowling and traveling the states as his granddaughters played. He volunteered his time as a youth bowling director for years, helped coach the high school softball teams and devoted time later in life to his great grandson Michael and his Special Olympic bowling teammates. Other passions included fishing, hunting, gardening, building treehouses, working on cars and fixing anything that might need a repair. He could do anything he sat his mind out to do. He loved to be outdoors and spent lots of his days on the front porch feeding the birds and squirrels.
Lester was preceded in death by his parents, wife, Doris June (Hamilton); daughter, Donna Elaine (Smith) Thurman; his brothers and sisters, Velda, Vivian and Evelyn Mathis, Leon and Elton Smith, and Loretta Williams.
He is survived by his daughter, Terri (Smith) Johnson, granddaughters Allison Johnson, Rhoda (Thurman) Kirby and Jamie (Thurman) Browning; Great Grandchildren, Michael Johnson, Landreu, Hayleigh, and Devlin Kirby, and Daxton Ragland; brothers Virlon and wife Deloris Smith, Thermon and Herschel Smith, and sister LaJuana (Smith) Vinson. He is also survived by numerous nieces and nephews, cousins, family and friends along with his beloved pet squirrel, Squirrely.
A viewing with family present will be held at Buchanan Funeral Services (8712 N Council Road, Oklahoma City, OK, on Friday, October 21st from 5:00 pm – 7:00 pm. Graveside services will be at 2:00 pm on Saturday, October 22, 2022 at Jamison Cemetery in Rural McLoud, Oklahoma.