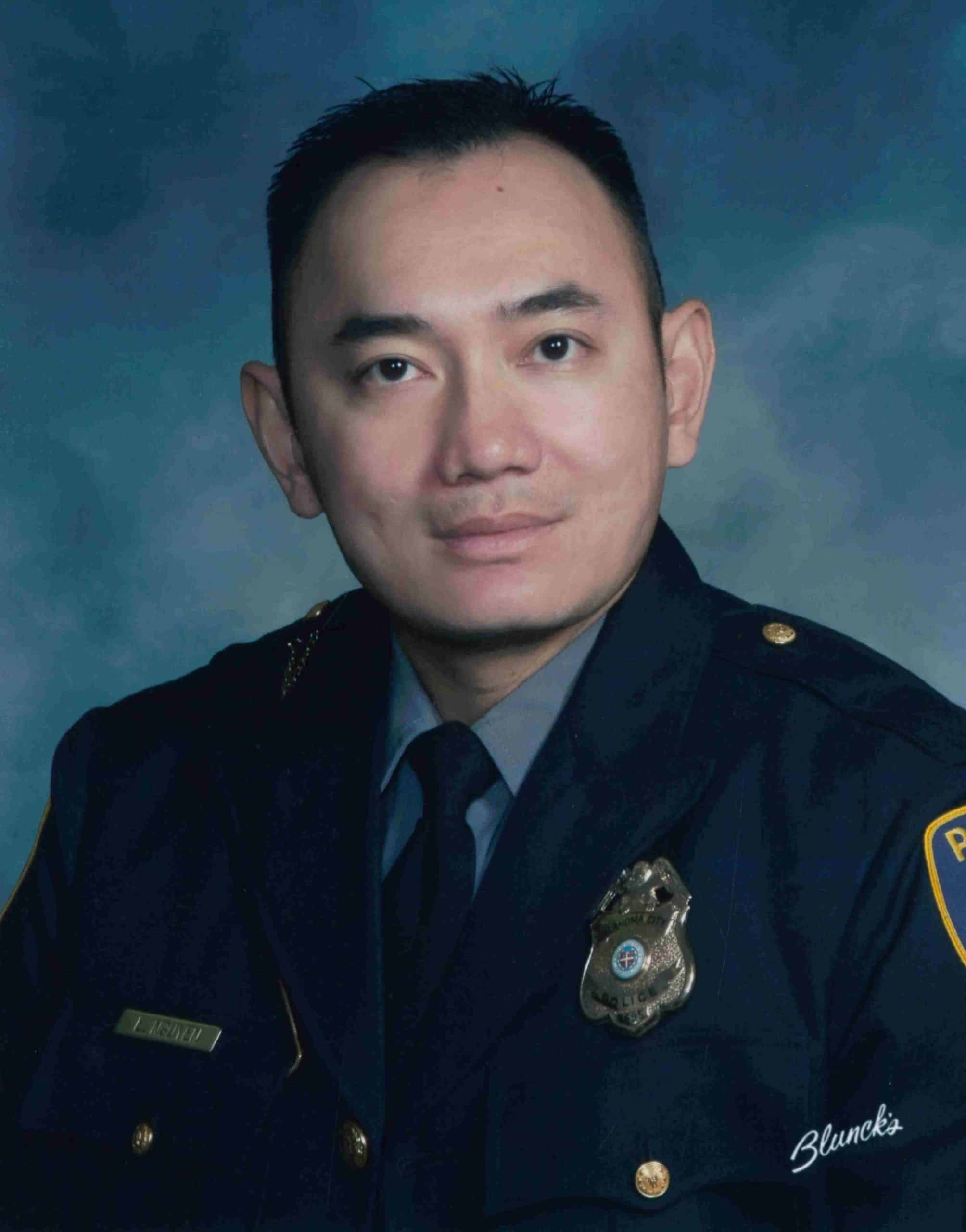 Loc Phuoc Nguyen, 49, of Luther, died unexpectedly on December 13. Beloved husband, father, son, brother, uncle, and friend, Loc served as an officer for the Oklahoma City Police Department for more than 20 years. His dedication to his job and his community, as well as his natural affinity for people, made him lifelong friends with strangers he encountered almost anywhere.

Born on April 1, 1973, in Vietnam, Loc arrived in the U.S. as a war refugee at age 2. He often said his family “lost everything but their determination.” Their tenacity imprinted on Loc, whose exemplary work ethic and gratitude for his country were widely known.

Raised in Mustang, Loc graduated from Mustang High School in 1992. He was an avid wrestler in his youth and credited this experience for giving him the mental stamina and toughness requisite to police work. He put himself through college at Oklahoma City University by working several jobs, earning a Bachelor of Science from OCU in 2001. In 2002, he joined the Oklahoma City Police Department where he has served for over 20 years achieving the rank of Master Sergeant.

In 2013, Loc became a detective, serving in multiple units. Shortly before his death, he was named to the shortlist of candidates for promotion to Lieutenant.

Loc married his wife Jennifer Fennell in 2011, joining their love for one another with their love of animals, especially dogs. An avid snow boarder, Loc loved taking his wife and daughters to Colorado to spend time with close friends.

He also managed to carve out time for his great passion for sports, especially the NFL and the San Francisco 49ers, his all-time favorite team, winning or not.

Throughout his professional and personal life, Loc not only strived to build strong relationships; he thrived on them. He leaves behind a long legacy of sincere friendships and loving family. He will be greatly missed.
Loc is preceded in death by his father, Nguyen Ngoc Dang. He is survived by his wife Jennifer; daughters Faith and Claire; mother Nhan Thi Hoang; sister Vy Tran and her son, Dylan; sister Mai Truong, her husband Chuck, and their daughters, Aimee and Hailee; father and mother-in-law Don and Cheryl Fennell; sister-in-law Shannon Storozyszyn, husband Mike, and their children Mason, Cole and Blake.