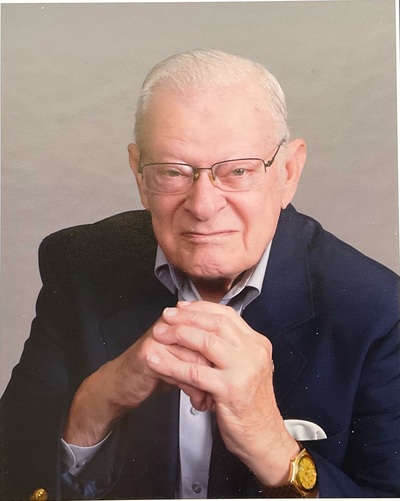 Malvin (Mal) Noah Bucholtz passed away peacefully at OU Medical Center with his family by his side.  He was born on October 19th, 1931 in St. Augustine, Florida to Harry and Lottie (Galkin) Bucholtz.  He was in the Navy and attended the University of Florida in Gainesville, receiving his Bachelor’s Degree in Engineering.  He was married at Holy Trinity Lutheran Church in Hasbrouck Heights, NJ to Lauretta (Laurie) James on September 19th, 1959. He worked for Federal Electric where he was stationed on the Dewline across the Arctic Circle, then to St. Petersburg Fl, to Syracuse NY with General Electric then finally to Oklahoma City in 1963.  He received his Masters Degree in Business from Oklahoma City University in 1968 and stayed with General Electric until starting his own company.

He was an avid sports watcher of college football, hockey, tennis and golf.  He volunteered at the Oklahoma Heart Hospital, was a member of Amity Masonic Lodge # 473, Order of the Mystic Shrine and sang in the choir.  He was also dedicated to reading his bible at the beginning and ending of each day.

He was preceded in death by his parents Harry and Lottie (Galkin) Bucholtz and his sister Miriam Bucholtz.

He is survived by his wife of 62 years, Laurie of the home, his daughter Lisa Schnell of Yukon, Oklahoma, his grandson Austin Schnell of Enid, Oklahoma and his granddaughter Mehgan Schnell-Shannon of Blanchard.  He will be laid to rest at Fort Sill in Lawton, OK in a private ceremony.

In lieu of flowers, memorial contributions may be made out to India Shrine Children’s Hospital Transportation Fund or to the organization of your choice in his name.