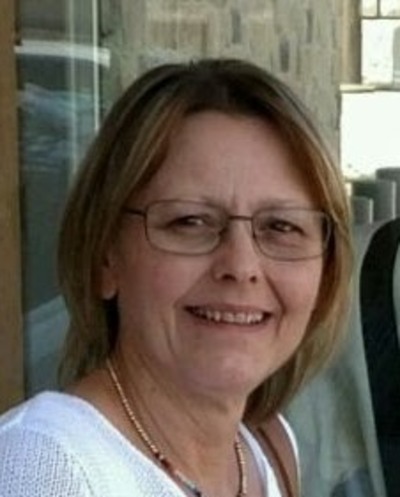 To watch the the service for Marcia please click here.

Marcia Mary Zuroff Dubey passed away peacefully at home on January 21, 2021 at the age of 65.  Marcia was born on November 17, 1955 in Glendive, Montana to Roman and Audrey Zuroff.  Marcia attended Dawson County High School in Glendive, graduating in 1974.  She studied Pre-Nursing at the University of Mary, Bismarck, ND.  Marcia graduated from the University of Phoenix with a degree in Business Management.

Marcia was introduced to the love of her life while living in Okmulgee, Oklahoma. Both Marcia and David are middle children in large families, something that connected them from the start. David and Marcia were married on July 16. 1983. Marcia loved being outdoors, on the beach, swimming, traveling with David, and most of all fishing.  Marcia had a passion for history and spent years researching Montana history and her own family’s ancestry.

Marcia worked for the Archdiocese of Oklahoma City for 33 years.  Her work ethic and attention to detail were very much appreciated.  She humbly worked behind the scenes on numerous projects including the Beatification Ceremony of Blessed Father Stanley Rother.  Marcia loved her job and everyone that she worked with.  It was only after her courageous battle with cancer was coming to an end that she had to say good-bye to her career.  Marcia has been an example of great strength, courage, and faith throughout her long trial. She used her quick wit and humor often, not wanting others to feel bad for her.  She rarely complained and even at the end, remained peaceful and kind to everyone around her.  Marcia comforted her family during those last days and is the ultimate example of grace, love and kindness.

Visitation will be Tuesday, January 26 from 1-8pm at  Buchanan Funeral Service located at 8712 N. Council Road in Oklahoma City with family present from 6-8pm. The Funeral Mass will be held at Epiphany of the Lord Catholic Church located at 7336 W, Britton Road in Oklahoma City on January 27, 2021 at 10:30am with Interment to immediately follow at Resurrection Memorial Cemetery.