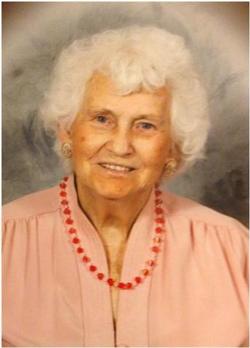 Margetta Blanch Newton Stafford was born Dececember 9, 1925, in Chico, TX; one of eight children born to Allen and Lela Newton. She died on January, 8th 2013 in Edmond, Oklahoma.

Margetta and her husband Durwood Stafford were long time residents of Roosevelt until the death of Durwood in 2006. They were both members of the Roosevelt Church of Christ.