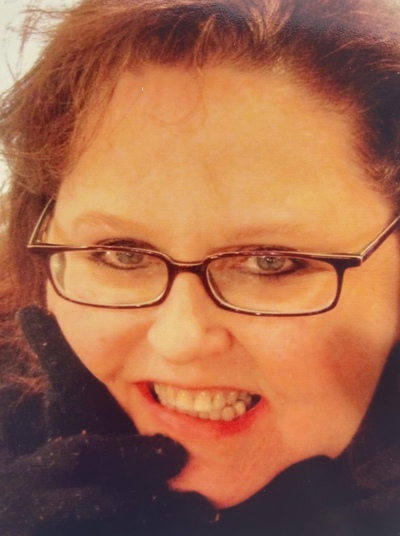 Marsha Dianne Cruz, the only Daughter of Donald and Patsy Wahl, was born August 29, 1959 in Okeene, OK. She spent most of her elementary years in NW Oklahoma, and loved being a part of the communities where she lived. Her family moved often during her later childhood which allowed Marsha to attended many various schools in Okeene, Fairview, North Little Rock, and NW Oklahoma City finishing in high school at Putnam City High School in the class of 1977. She has throughout her life been devoted to her faith in Jesus Christ as her Savior and was an active member of Tulakes Baptist Church where she attended virtually every week.

She was married in 1989 to Mark Von Dobrinski in Oklahoma City, and together they had a son, Levi Don Dobrinski in November of 1990. They separated in 1993, and Marsha remarried in 1996 to Sergio Jesus Cruz in Eureka Springs, AR and gained 2 sons, Eric and Victor Cruz and 1 daughter, Gaby Cruz. Marsha and Sergio had the incredible story of meeting through a wrong number phone call that lead to 26 years of marriage and a life of love and devotion.

Marsha’s life purpose was to teach. She worked various jobs in her life from childcare, to selling burial properties, to working in admissions at Doctors General and Deaconess Hospitals, but these were all shadowed by her love of students and being the amazing transformational educator that she was.  She finished her associate’s degree at Oklahoma City Community College, and later completed her Bachelor’s in Elementary Education from the University of Central Oklahoma.  She taught first at Eisenhower Elementary in Oklahoma City Public Schools and later at Hilldale Elementary School in Putnam City Public Schools.  She was passionate about teaching 3rd grade and she did it masterfully.  She had cabinets full of lesson plans, units, and activities that impacted students’ lives long after they left her classroom.

Marsha was also a very talented artist, writer, and speaker.  She was deemed the ‘queen of crafts’ and always had some project she was working on.  Weather it was making flipflops, stocking hats, rings, bracelets, earrings, or decorating bags or shirts, her creativity was abounding.  She also published and copyrighted her own book entitled ‘Willie the Worm’ written and illustrated by her. When her son was teaching, she would make hundreds of hand-drawn stickers for him to give out to his students, as well as gifts for all seasons of the year.  Marsha also had a very sweet and young voice, and was always know to have long conversations on the phone and was gentle, kind, and persuasive in a way that could often move the needle when speaking with someone.  She also had a special place in her heart for the beach, birds of all kinds, flowers (even though she was allergic) and helping rescue and care for animals.

Marsha had many health problems that occurred in her life, but a marking detail was the positivity and strength that she showed through them all.  No matter how much she was hurting, or what was going on, she always fought to the end to be present and caring to everyone which whom she interacted. Marsha went to be with the Lord on Sunday, March 28, 2022 and is survived by her mom Patsy Wahl, husband Sergio Cruz, son Levi Dobrinski, his wife Kisten Dobrinski, and granddaughters Sadie and Micah Dobrinski, daughter Gabby LaBastida, and grandsons Miguel and Joel Rodriguez, son Eric Cruz, grandchildren Aurora, Eliazar & Alianna Cruz, son Victor Cruz, grandchildren Victor Jr, Araceli, Emma and Mauricio Cruz, and many friends, family and students.  She is preceded in death by her dad Donald Wahl.