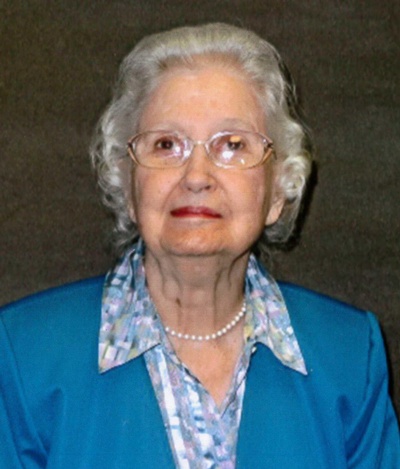 Marvell was born was in OKC on July 26, 1928 to Harrie and Gladys Morton. She grew up on the large family acreage/farm at SW 44th and Pennsylvania, and graduated from Capitol Hill High School. Marvell was an accomplished musician and played accordion for over forty years. During both her high school and college years, she was often asked to entertain at banquets and celebrations. She attended Abilene Christian College where she met her late husband, Howard Mitchell. They were married in December of 1950, shortly after they both graduated from ACC.

She was a faithful Christian with respect ot all areas of her life: as the wife of a minister, as a Sunday School teacher, as a public school teacher for 28 years in the Shawnee Public School System, and as a wonderful mother, grandmother, and great-grandmother. Howard and Marvell privately celebrated their 55th wedding anniversary a few months before he passed away in 2006. While they were married, they worked side by side in church work at various congregations in several different states and countries. In the 1990’s they were missionaries in Tanzania, Africa before Howard developed health problems.

Marvell was preceded in death by her parents, and her husband. She is survived by two sons: Jim Mitchell and wife Jennifer of OKC, and Jack Mitchell of Bethany; four grandchildren: Jeffrey, Rebecca, Thomas and Paul; and two great-grandchildren: Lexy and Devin.

She will be remembered for her many talents: sewing, quilting, painting, teaching, and most importantly for being a faithful Christian. She peacefully passed from this life to the next on February 20, 2018.