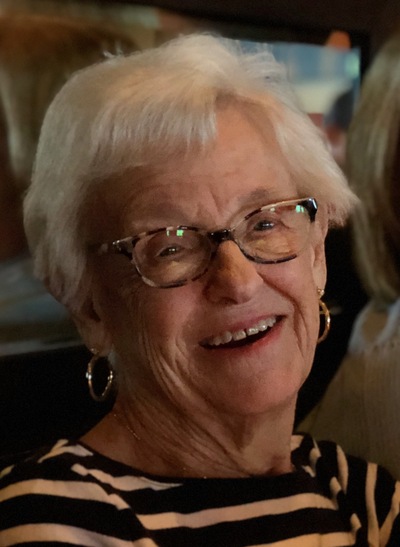 Mary Jo Barton was born in Cordell, Oklahoma to Lark and Jewel Frederick on November 4, 1931. Growing up, Jo attended several schools throughout many states. During her sophomore year, Jo found herself moving from California to Hobart, Oklahoma. It was there she met the love of her life, Bill Barton. They were married within three years of meeting, on January 28, 1951.

Jo worked as an office manager for the Mills Corporation, and later alongside Bill as a funeral home owner in Ada, Oklahoma. She and Bill were dedicated to caring for others in their time of grief, and did so for over thirty years.

When retirement came, Jo and Bill found themselves in Oklahoma City in order to be closer to their adult children, Joni and Craig, and three wonderful grandchildren, Sarah, Sam, and Michael. She was a member of St. Luke’s United Methodist Church and Insight Class. She was also an active participant in various book clubs and enjoyed walking around her neighborhood with friends.

Jo was preceded in death by her husband, Bill; her parents, Lark and Jewel Frederick; and her brother, Lark “Fred” Frederick, Jr. She is survived by her children: Craig and Fran Barton, Joni and Randy Rybicki; grandchildren: Sarah and Cory Fahringer, Sam Rybicki, Michael Rybicki and Dana Ramirez, Drew Addington and Melissa Beal; great-grandchildren: Hunter and Caleb Fahringer; as well as several nieces and nephews.

A memorial service will be held on Friday, October 14, 2022 at 2:00pm at St. Luke’s United Methodist Church. In lieu of flowers, the family suggests a donation to a program close to Jo’s heart – The St. Luke’s Music Ministry.