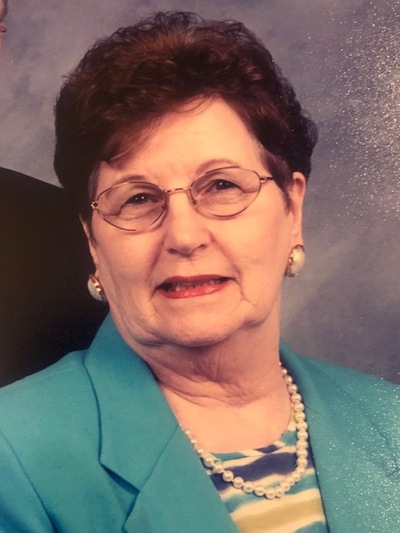 Mary Lucille “Lucy” Owens went to be with her Lord and Savior on September 11, 2022.  Lucy was born on March 24, 1934, in Delta City, Mississippi to Lucius Pierce Boykin and Hazel Pugh Boykin.  The oldest of five children, Lucy was predeceased by her sister Jackie, and brothers, Edgar and Wayne.  Her brother Winston survives her.  After graduating from Greenville High School in Greenville, Mississippi, she married the love of her life, Joe Dell Owens on May 28, 1955.  While Joe was a minister in Southern Baptist churches in Mississippi, Texas and Oklahoma, Lucy was a homemaker and worked as a bank teller for 25 years, retiring from Sooner Federal in 2001.  Joe and Lucy were married for 63 years before Joe’s death in 2019.  She is also predeceased by infant sons Rodney Kirk and Mark David, son Stephen Todd Owens and grandson, Nicholas Tyler Owens.  She is survived by her daughter, Melanie Duff and husband Jeffrey.  She leaves behind seven grandchildren Matthew (Tricia), Jaci, Abby, Garrett, Baylee, Lance (Jason), and Caleb, along with one great granddaughter, Emily Rose.  She is also survived by her daughter-in-law, Lori Owens Miller and her husband, Joe.   The family would like to extend special thanks to Good Shepherd Hospice and the wonderful staff and nurses at The Timbers Skilled Nursing Home.  In Lucy’s memory, donations may be made to the Parkinson’s Foundation or the American Brain Tumor Association.  Funeral services will be held on Thursday, September 15 at 1:00 pm at Metroplex Church of the Nazarene in Oklahoma City.  Internment will immediately follow at Chapel Hill Cemetery.  The family will receive visitors on Wednesday, September 14, from 5-7 pm.