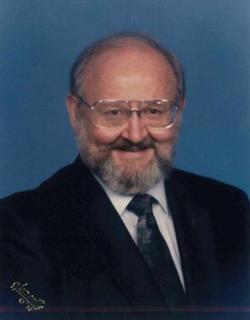 Born: September 8, 1936 in Oklahoma City, OK to Raymond Jack Thomason and Mary Margaret Shultz Thomason. Married to: Jan Flowers December 9, 1983. He was a loving husband for over 31 years.

Michael graduated from Capitol Hill High School in 1954. He served his country in the Army at Ft. Meade, MD from April 23, 1959 to an early honorable discharge at Ft. Sill, Ok on January 23, 1961. After the Army, he attended the University of Oklahoma one year; and graduated from Central State College in 1968. He retired from the IRS in February 2007.

Michael was baptized into Christ in early 1983 and had been att3ending the Cherokee Hills Church of Christ since September 2001.

He is survived by his wife, Jan; daughter Kelly Kane and husband and Ryan of Monroe, MI; son John Flowers and wife Amber of Yukon, Ok. Michael was blessed with four amazing grandchildren, Claudia Kane, Mykenzie Flowers, Caleb Kane and Jennie Marie Flowers. In addition, a special cousin, Iris Rhudisil and a dear brotherly friend, Matt Nation and his two four -legged children, Carley and Jack. He was preceded in death by his parents.

To know Michael was to know he loved the Lord. His earthly loves were his family (especially those grandchildren), his church family, his dogs and older Corvettes. He was a member of the Corvette Club for many years. He also dearly loved the beaches on Dauphin Island, AL. He spent his retirement days going to estate sales, watching car restorations and auctions on TV, reading, feeding the birds and sometimes eating good barbeque or Mexican food. He hated yard work. Spinal arthritis had kept him less active for several years.