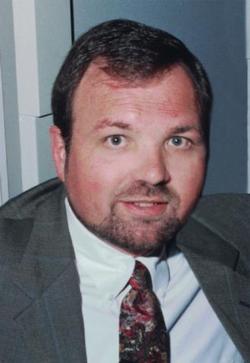 A lifelong Oklahoma City resident, Mike is survived by his wife Denise of 38 years, his brother Ed and sister Kelly Thayer. He was preceded in death by his mother, Velma Thayer, father Edward Thayer and brother, Stephen Thayer.

Mike was a graduate of the Class of 1972 at NW Classen High School. From there he attended University of Oklahoma with a marketing degree in 1978. Norman residents will remember him as the long-time owner of Banks Vacuum and his later company, Built in Vacuum Services.

Over the last few years Mike would talk of his illnesses as being just another bump in the road, he took on these bumps with the determination to overcome them. But finally he was forced to take a different road.

A strength to his family and friends, Mike was always there when either needed him. Family was a major part of Mike's life, sister-in-laws, brother-in-laws, nieces and nephews. The great nieces will dearly miss their "Uncle Harv".