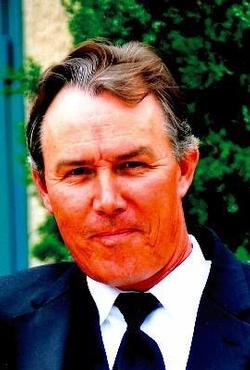 Neal David Owens, 51, of Bethel Acres, OK, passed away Monday evening, March 26th, with his children by his side. Services will be at 10am, Friday, March 30, at Buchanan Funeral Service located at 8712 N. Council Road OKC, OK. Neal was born June 5th, 1960 in Shawnee, OK the son of Doyle Jay and Patsy Ruth Owens. Neal made his home in Bethel Acres where he raised his family. He was employed at Brewski Construction Co. as a construction supervisor. Neal was an avid reader of the Bible and devotionals. He kept detailed journals of his readings and interpretations. Neal was a devoted family man and lived his life for his children. At any given time throughout his life, you could find him on the softball field with his daughter or on the golf course with his son. Neal was passionate about art with many of his painting filling the walls of his home. In his spare time you could find him reading on the porch or enjoying the outdoors. Neal was passionate, caring, and known to have an impact on everyone he met.
Neal was survived by his children, Lacey and her husband Daniel Goodwin, and his son D.J. and his granddaughter, June. Neal was preceded in death by his parents and grandmother, Catherine Pavek.