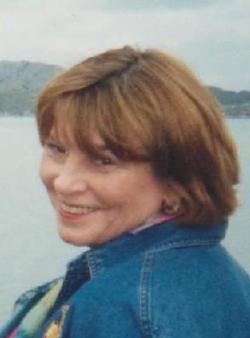 Netta D. Holcer was born May 11, 1954 to Valera and Thomas Renfrow in Thomas, OK. She graduated from Thomas High School and attended Northwestern University in Alva, OK before moving to OKC where she met and married Vaughn Holcer. They built a business along with their life together. In December 2005 they moved full time to Falconhead in Burneyville, OK. She passed away on December 2, 2011. She is survived by her husband, Vaughn Holcer, Phillip Holcer and wife Angela, Audra Holcer, her brother Tommy Renfrow and wife Mary Jane, her sister Mary King, nieces Danielle Rodriguez and husband Luis, Amanda Irwin and husband Jim, Nicki King, Michelle King, nephew Chris Renfrow, great-nephews Tre, Trenton, and Will, and 7 grandchildren, Hope, Karlean, ChristyAnn, Jeremiah, Jordan, Abigail, and Joseph. She was preceded in death by her parents. Services will be at Buchanan Funeral Service 8712 N. Council Road, OKC, OK 73132 on Friday, December 9, 2011 at 10AM.
Netta deeply loved animals, her family and friends. As she would wish, in lieu of flowers, donations in her name may be sent to Pets and People, PO Box 850587 Yukon, OK 73099 or to the Ardmore Animal Shelter 321 Carol Brown Blvd Ardmore, OK 73401