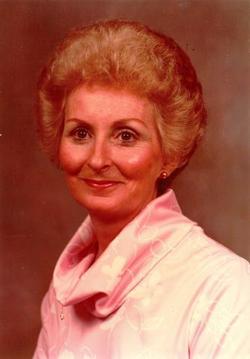 She came into this world and passed away in OKC, OK. Surrounded by her loving family, Sue left to be with the Lord on February 7th, 2013 due to a long battle with lung cancer.
Norma Sue Cook was born in OKC on May 4th, 1934 by Theodore Roosevelt Cook and wife Amzie Bea. Sue was the second of ten siblings. For a change of scenery she moved to California where she married and had her son Terry. She moved back to OKC; living with her mother and father to help with her siblings. Sue found a job with the Oklahoma City Police Department, which she loved dearly. Being secretary for 6 chiefs of police was her most recognizable role. Her most cherished moments were spending time with family, especially being a Granny playing with the great grandchildren; Devin and Alyssa. She also greatly enjoyed traveling to California to see her Brothers and their families.
From the very start she has always been a caregiver, and devoted unselfishly every breath she had to others even to the end. Being a loving sister meant the world to Sue, because family was all she needed to be happy. She was very strong willed, but yet with a soft spoken voice could bring words of encouragement to whomever she met. In her younger years she loved to go out on the town and dance the night away. Yet, with a humble heart and beauty from the inside out she was a brilliant woman having a mind like a steal trap. Reading was her way of escape. She loved to read anything from a novel to the newspaper. After serving many wonderful years to the OCPD she devoted a large portion of her life to the organizations for retired police officers. Her great grandchildren were there to always brighten her days no matter how she was feeling. She said they were her medicine for life.
She was survived by son Donald Terry Brunts and wife Vicki Lea, grandchildren Donald Corey Brunts and wife Robin Lee, Robyn Nicole Douglas and husband Nathan Todd, Great grandchildren Devin Connor and Alyssa Grace Brunts, sisters Beverly Joan "Jody" Wilkerson, and Timmie Reni Turner, brother Theodore "Ted" Roosevelt Cook Jr. and wife Diane, 7 nieces, 10 nephews, 22 great nieces, and 16 great nephews.
She was preceded in death by parents Theodore Roosevelt Cook and wife Amzie Bea, siblings Betty Louise Bass, Bobby Gene Cook, Wallace Ray Cook, Larry Dean Cook, Kenneth Glen Cook, Vicky Lynn Sterling, and nephew Leslie Adam Wilkerson.
The family would like to send their appreciation to the Fraternal Order of Police, Retired Police Officers Association, and the Sheriff and Peace Officers Association.

"I Love you to the Moon and back, with a Bushel and a Peck, and a Hugaround the Neck"