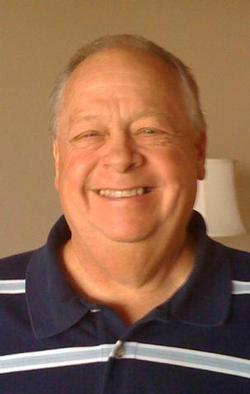 Paul Bond Wiesendanger was born on January 10, 1946 in Ada, OK to Gene and Merrelle Wiesendanger. He was a big brother to Maurice and Merrelle Gene. His childhood was spent growing up around McAlester, OK where his father Gene managed the OTASCO stores. He graduated from McAlester High School in 1964. He tried to enlist in the military, but was rejected because of his flat, flat feet. He continued his education in junior college and eventually he moved to Stillwater where he received an assoc. degree in business. His early career began by owning several popular hang outs in Stillwater, followed by a period of selling insurance. He met the love of his life, Martha on April 26, 1972. They were married on May 26, 1973 and began their life in OKC. Paul began a new career in property management where he worked for many years. His friendships made during this time led him into the field of general contracting and construction. In 1986 he began his own business as a painting contractor which led to the PBW Industries we know today. Paul became a father to Preston in 1977 and to Noah in 1980. They became the center of his life. Paul joined Kiwanis in 1998, and worked hard to fulfill their mission of service to others. He made many friends throughout his organization and was active until his death. Paul was an active member of the NW Chamber of Commerce and participated in advancing and improving the surrounding community. To all who knew him, Paul was a people person. He was a friend to all. He had a kind & generous nature, and an infectious laugh. He gave his love unconditionally, and we were lucky to be the recipients of his love. His family was his love and 1st priority. He adored his wife & sons. He was a loving son to the Wiesendanger and Bejcek family, the best big brother both to his siblings and to Martha's sisters. His greatest joy was spending time with family. Many happy memories were made on family vacations to the ocean and beach. He especially enjoyed birthdays, anniversaries and holidays when the family was together. He was diagnosed with a rare cancer in November 2009, and fought hard to live a normal life in spite of it. He passed away on May 14, 2013 in the presence of his loving family. He is survived by his wife of 40 years Martha of Tuttle; sons, Preston and Noah of OKC; mother Merrelle Wiesendanger of Denton; brother Maurice (Brenda) and family of Yukon; sister, Merrelle Gene (Jeff) Meredith of Denton; sisters-in-law, Deedee & Cindy Bejcek of Maramec; Frankie & Mike Turner & family of Stillwater. He is preceded in death by his father Gene Wiesendanger. Visitation will be 1-8 PM Saturday and Sunday. Services to celebrate his life will be 2:00 PM, Monday, May 20, 2013 in Buchanan Funeral Service Chapel.