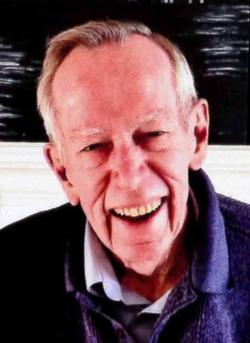 Don was born in Hamilton, Ohio to James Carl and Edna (Snyder)Overbeck. Many know very well his passion for sports, growing up he played many different ones. He had a love for the St. Louis Cardinals and the Thunder and followed them very closely. It is certain one of Don's most memorable characteristics was his humor. He proudly served his country in the US Navy. Later Don worked in the insurance industry as a sales manager. He was preceded in death by his parents, his daughter, Donna and her husband Tom Harrison; his brother Jim and his wife Zan; his sister, Ruthy and her husband Ken Rogers. He is survived by his wife, Clare; their daughter, Christi and her husband Dennes Stotler; 6 grandchildren, Laurie and her husband Scott Terrell, Christopher Harrison and his wife Meredith; Rachael Stotler and her boyfriend Kyle Kesler, Amie and her husband Tyler Price, Jessica Stotler and Whitney Stotler; 3 great grandchildren, Lily Terrell, and Ramey and AbigailHarrison. Services to celebrate his life will be at1:00 pm,Monday, March 7, 2016in the chapel of Buchanan Funeral Service.