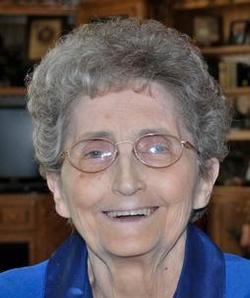 Peggy Irene (Kime) Bell, 74, of Oklahoma City, passed away peacefully on Sunday, January 3, 2010. Peggy was born to Cleo M. and Irene Kime on July 31, 1935 in Coffeyville, KS. She graduated from Midwest City High School in 1953. She married Gene F. Bell on October 3, 1954 and spent two years in Germany while Gene served in the U.S. Air Force. During her life she worked at various jobs including Tinker AFB, Midwest City Hospital, Unarco Industries and retired from International Environmental Corporation (IEC). Peggy enjoyed going to antique auctions, collecting china cups and saucers and blue vintage dishes, but more importantly her family meant the world to her. There were many that she didn't get to see as often as she would have liked, but they were all deeply loved by her. She is survived by her five children, Debi Gaytan and husband Gerardo of Oklahoma City; Denise Jones and husband Moe of Moore; Dori Knutson and husband Jon of Yukon; David Bell and wife Johnnie of Shawnee; and Devin Bell and wife Jodi of New Port Richey, FL; brothers Marvin Kime of Oklahoma City and Phil Kime of West Columbia, TX; eight grandchildren, ten great-grandchildren, one great-great grandchild and many other family and friends. The family would like to thank South Park Nursing Center for their loving care the past four years, Sol &#39;Amor Hospice, Helen Walther and Mary Jones for being Peggy's most kind and dearest friends. She will be greatly missed. Services will be Friday, January 8, 2010 at 2:00pm at Buchanan Funeral Service with burial to follow at Resurrection Cemetery. Family request memorials to Sol &#39;Amor Hospice, 717 NW 17th Street, OKC, OK 73103.