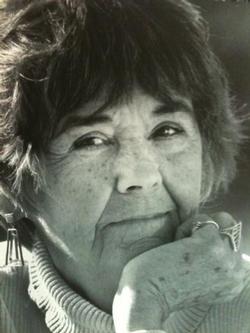 Mom died peacefully, surrounded by her family, while sleeping on Saturday, February 2, 2013, at the age of 80. She was born in Anadarko, OK, to M.L. and Corinne Hart. She married James E. Slater on February 8, 1953, and enjoyed nearly 20 years of marriage before Dad was taken by cancer. After his death, Mom continued to raise 3 children, returned to college, and ultimately earned a Masters of Arts Degree from Oklahoma State University. She spent a fulfilling career teaching at St. John's Episcopal School, Oklahoma City Schools, and OSU-OKC. Mom enjoyed many activities, including camping, traveling, fishing, crochet, and in her later years, became an avid golfer. She was an accomplished seamstress. The one thing Mom enjoyed more than anything was spending time with her family, especially her grandchildren. In her last year, she was compiling selections from a life's work of poetry, which will be titled, My Back Yard and Other Places. She was preceded in death by her parents; her husband, Jim; and her brother, Milburn Hart. She is survived by her daughter, Mary Pat Sappenfield (Dennis), sons Stephen (Lee Ann), and Philip. Also sisters, Pat Muldrow and Jo Ellen Carlson, 6 grandchildren, 4 great grandchildren, nieces, nephews, and friends too numerous to name. Visitation at Buchanan Funeral Home on Monday, February 4, from 4 – 8 p.m. The family will be there from 6-8 p.m. Services are Tuesday, February 5, 2 p.m. at St. John's Episcopal Church, OKC, with private interment Wednesday morning.