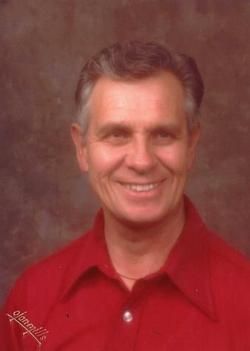 Phillip Eugene (AKA Dad) was born January 22, 1927, to John Phillip Brox and Vera Mae Naracong in Lincoln, Nebraska. Dad spent all of his growing up years in Lincoln. He had one sister, Vera Margaret, and three step brothers.
His family, aunts, and uncles would often get together and socialize and consider the country's needs during the Great Depression. His father was employed at the local Wesleyan College and was involved in the school's animal husbandry department working to improve the sheep industry. Phil wanted to learn to play the trumpet and was self-taught listening to Harry James and other trumpet players during the Big Band era of the 40's. He also became very skilled in bicycle riding. On one sunny day while biking, he rode into the swimming pool at the college…breaking his right arm, because there was no water in the pool.
After Dad graduated from high school, Dad's family moved to Columbia, Missouri. He attended the University of Missouri studying music education. It was during that time, he met a freckled-faced girl, Betty Lou, who lived across the street. He soon realized that he liked her and in the evening, would play his trumpet out his bedroom window for her to the sounds of Benny Goodman, Glenn Miller, and Harry James. We're not sure what the neighbors thought, but she seemed to like it.
During WW II, from 1946-1947, Phil joined the navy. Following boot camp, he was assigned to Pensacola AS, Florida, where he was trained in the skills of a radio operator and gunner on the Navy Dauntless carrier airplane. He would jump off the deck of a ship anchored off shore with other sailors and swim to land as part of his training. He could back float very well. However, just as he graduated from his technical training school, the war ended.
On Christmas Eve, 1948, Dad and Mom married. He received his Bachelor's Degree in Music Education, and they moved to Fredericktown, Southeast Missouri, to begin his career as a high school band director. He soon learned that coming home late from playing in dance bands or late rehearsals, attempting to quietly come into the apartment so as not to disturb Betty, was very riskyshe would have a butcher knife in hand ready to stop the intruder in his tracks. After that, he'd whistle a familiar melody so Mom would know who was at the door.

Their first born, Tom, came along and the family moved to Warrensburg, MO, and then their second son, Roger, was born. Dad continued to teach as a high school band director, but teaching did not pay during the summer time, so he'd sell encyclopedias, paint houses, sell shoes or do any work he could find. Phil and Betty joined The Church of Jesus Christ of Latter-day Saints in Warrensburg, on April 4th, 1954.
Shortly afterward, the family moved to Liberal, Kansas. Not happy with his first career in education, he started a new career with National Supply Company, an oil field parts supplier in Liberal, Kansas, as a clerk/bookkeeper. Jim and Bonnie soon joined the family. Dad continued to play in dance bands and was very involved in community activities. He was our Boy Scout Troop Master and helped us with school projects. We would often travel on one-day trips to a lake or visit friends in nearby towns, or go to the county fair or a drive-in theater.
The family moved to Oklahoma City in 1966 where he continued to work for National Supply Company until he retired in 1981. His additional work experiences included being a clerk/bookkeeper for Lynn Hickey Dodge and as a courier for Union Bank until he retired for good in the late 1990's.
Dad loved the church and served in a variety of callings. While in Liberal, he served as the Sunday School President and as a councilor in the branch presidency. Church was held in many placesthe AG building at the fairgrounds, a bank, and one Sunday only in the local Odd Fellows Lodge. After moving to Oklahoma City, he served as the ward chorister and choir director in the Oklahoma City 1st and 3rd wards, and as the stake music chairman. He also served some 20 + years as the ward clerk or assistant clerk. He was an outstanding clerk.
Family vacations were always exciting. While on vacation, there would always be some road-side emergency. He'd pull the car over to the side of the road and bend over to look under the hood or bend over to get something out of the trunk. Well,one time, the unthinkable finally happenedhe split his pants. Mom would quickly try to pin his pants even while traffic was speeding by. While doing family research or genealogy we could be found in numerous country cemeteries reading the names and recording the information from grave markers to send to Salt Lake City. In our travels, he would see a sign indicating a historic marker' ahead, and would want to read what it said. Sometimes the marker was off the highway, somewhere along a dirt road, sometimes a few miles further than expected…or on a scenic highway, not originally planned on the road trip. On one occasion while driving quickly to a marker, because Mom didn't always enjoy the side trips, he passed the marker and had to back up only to read from the sign, "bus stop".
Because the church has always stressed family preparedness, Dad would sometimes take it to the extreme. While we lived in Liberal in a two-story house, we practiced fire drills. We always practiced as if it was real. When calling out fire, fire', he would time us to see how long it would take to get out of the house and rendezvous at the designated place. If there was a fire, all the children would have to exit by the second floor window. Dad had tied knots onto a rope and fastened one end to Tom and Roger's bunk bed on the second
story. Mom and Dad's bedroom was downstairs. Soooo, one day, he exclaimed, "Fire, fire!" Tom opened the window and tossed the screen to the ground below. Then he threw the knotted rope out the window, held baby Bonnie leaning out the window as far as he could and dropped her to Dad's waiting arms, then holding Jim by his arms, Tom dropped Jim to Dad's out stretched arms, then Roger would climb down and finally Tom. We won't say what Mom thought of the fire drills.
Dad's music talents were used to teach his children to play various music instruments and took him out of town playing the trumpet in many dance bands throughout western Kansas and Oklahoma City. He played trumpet or baritone in several community bands over the years in the Nichol Hills Band and the Oklahoma City Symphonic Band.
Dad always did what dad's do; teaching his children the finer points of pulling weeds, teaching us to drivewhen we were of age, doing car repairs, woodworking, scouting, helping us learn our duty in church and with school work.
He and Mom loved working in the yard in their senior years. They'd spend hours mowing, pruning, planting, relaxing on the backyard deck or just sitting on the front porch visiting with the neighbors. He told us on several occasions (all in his comic sense of humor) that he'd like to be buried in the backyard in a cardboard boxto provide extra natural fertilizer for the yard. He also said that he'd probably be late for his own funeral, and to start without him.
Dad had his share of health related issues including cancer and dementia. After living a full life, raising a family, serving in the church and participating in the community, Dad passed away in his home on January 26, 2013, surrounded by family and those who loved and were close to him. He will never be forgotten. A husband, father of 4, grandfather of 10 and the patriarch to 20 great grandchildren.