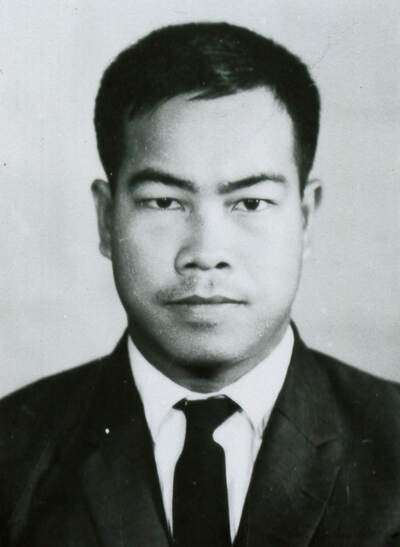 It is with great sadness that we announce the passing of Poune Seodara on September 27, 2020 in Oklahoma City. Poune was born on April 7, 1944 in Phon Hong, Laos to Phomma and Bouakham Seodara. He was the youngest of nine children.

He attended high school in Vientiane. After graduation, he joined the Laotian Army where he worked at Vientiane Hospital as a nurse.  On his way home one day, he noticed Thongsoune working on her parent’s farm. They were married on August 27, 1964.

In the Laotian Military, he was one of three recruits selected to come to the United States for medic training with the United States Army. From 1971 to 1973 the military sent him to Stockton, CA, Denver, CO, Ft Sam, Houston, and Flagstaff, AZ for training. He made several life-long friends while training in these cities.

When he returned to Laos after training, he fought for Laos democracy and freedom. In 1976, when the communists were taking over the country he realized for his and his family’s safety, he must leave his beloved country and bring them to the United States.  One night, they made the dangerous escape across the Mekong River to Thailand.  When they got to Thailand, they stayed in a refugee camp before finally landing in Oklahoma City in June 1978.

He loved gardening and spending time with his children, grandchildren and attending the Laotian Church Service at Trinity Baptist Church. Due to a stroke at the age 66, he became a resident of South Pointe Nursing and Rehabilitation Center where he resided for the past ten years. During those years, his devoted wife visited him every day to give him support and their love grew even stronger every day.  His daughter-in-law Mai also visited him every Sunday, attending church services with him.

The family would like to thank the staff at South Pointe Nursing and Rehabilitation Center and Emerald Hospice for their loving care. Also Trinity Baptist Church and Pastor Bouavongkham Phanthala for contributing to Poune’s spiritual growth.

He will be greatly missed by all his family and friends. Visitation will be 1-8 pm Friday October 2, 2020 at Buchanan Funeral Service. A celebration of his life will be held at Trinity Baptist Church on Saturday October 3, 2020 at 10:00 am.