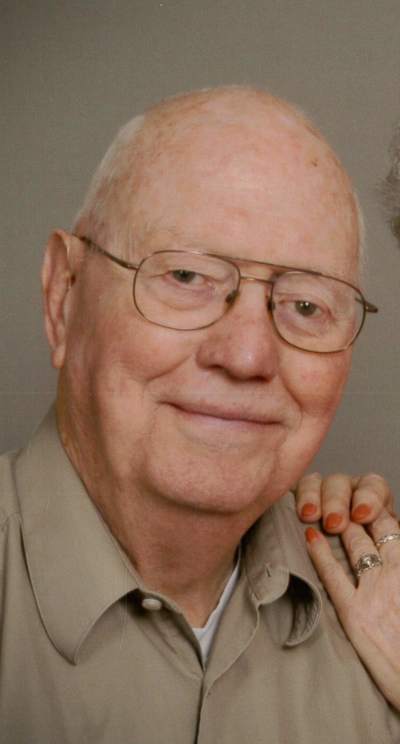 Richard Harold Billen, born December 22, 1932, to Clarence and Juanita Billen, died January 7, 2020, after a two-year battle with advanced kidney disease.  He was born in Deer Creek, OK, and raised on a farm.  He attended St Gregory’s High School in Shawnee, OK, and graduated from Central State College in Edmond, OK, with a BS in History.  He married the love of his life, Glenda Marie Cline, on June 23, 1956, who survives.   In addition to Glenda, he is survived by daughter Teresa Mensch (Paul) of Talent, OR; daughter Catherine Smouse (Dan) of Colorado Springs, CO; son Gregory of Oklahoma City; grandchildren Jennifer Blaser of Pasadena, CA; and Brendan Smouse (McKenna), great-granddaughter Adelaide, and a great-grandson whose birth this January Harold eagerly anticipated, of Ft Collins, CO; brother Donovan (Isabelle) of Midwest City and sister Kathleen Leser (Bob) of Prairie Grove, Arkansas; and many nieces and nephews.  While Harold worked a variety of jobs in his life, he is best remembered by his family for the example he set serving his local community as a member of Lions Club, and as an active member of his beloved Catholic parishes.  When their children were young, Harold and Glenda annually packed the car and the entire family went on a road trip, driving from Edmond, Oklahoma, to places as diverse as Yellowstone National Park and Washington, D.C.  These trips were borne from the interest Harold had in history, which he enjoyed sharing with his children.  Upon retirement, Harold and Glenda expanded their love of travel to more international locales, including Mexico, Italy, Ireland and Scotland.  The family wishes to thank Oklahoma Kidney Care nurses and doctors for their attentive care of Harold.  There will be cremation.  In lieu of flowers, the family asks that you make a donation to the Benedictine Monks of St Gregory’s Abbey, Shawnee, OK.  Prayer service will be held at 5:30 pm, Friday, January 10, at Buchanan Funeral Service.  Funeral Mass will be at 1 pm, Saturday, January 11 at Epiphany of the Lord Catholic Church, 7336 W. Britton Rd, Oklahoma City.  Services are under the direction of Buchanan Funeral Service.