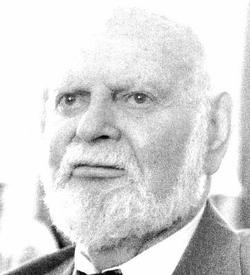 Robert Leo Michael Healy was the last born child of Dick and Anne Healy in Arlington MA on August 25, 1925. He died January 31, 2011 at the age of 85 in Norman, OK after a brief and unexpected illness. Curiosity about people and a joyous embrace of living were threads that ran through the entirety of his life. Each new person he met was a new friend with an engaging story. He is survived his wife Julie Healy, son Richard Healy III, daughters Toni Bain, Robyn Healy Campbell, Tara Bone, Monica Ball. Robert is also survived by his beloved grandchildren Jessica, Mason, Chelsea, and Rodney Bain, Trevor, Lilly, Mandy and Frank Jr. Bone. He loved them all very much and he took much pride in all of their accomplishments. At age 17, Robert wanted to serve his country so much that cheated on his eye exam and got his mother&#39;s permission to serve in World War II. He was assigned to be a Sea Bee (C- B) because of his aptitude for engineering. While in the navy he joked he couldn&#39;t understand why the other guys didn&#39;t like the food, his mom was good at fixing the basics but he never tasted pepper, mustard or a hundred other seasonings till he was in the Navy. He met French naval officers and began a life long interest in the la belle France. He also befriended the natives of the island in New Guinea where he spent the majority of the war. Surviving the war seemed to strengthen his curiosity about new people and places, and instill an ability to take joy in the moment. Whether he was appreciating a good cup of coffee or Niagara Falls, Bob found joy and embraced it. Bob returned home from the war and lived in New York City working as a copywriter and then in sales. A sales job for Coronet Carpet took him from his family in MA to OK. &quot;The boys in Dallas didn&#39;t want to give me any territory so my sales goal was based on the number of cattle in the area. That first year I doubled my sales goal&quot; he told me recently. Bob was active in the local Catholic Church and helped to build St Patrick&#39;s Church in OKC. He was a Boy Scout master and loved camping in the crisp cool OK fall. Divorce caused Bob to reevaluate his life. He happened to see a story on the television about a clinic to help hippies down in the Paseo area of OKC, he decided to volunteer. There he met his second wife and found a new career in counseling. Work he did at the Paseo caused him to pursue a doctorate in clinical psychology. Again his positive outlook was put to good use helping others learn to solve their problems in a productive way. His life touched so many people in so many ways. Bob was a beloved husband, father and a friend to many. He will be dearly missed. Services to celebrate his life will be held on Saturday, March 19, 2011 from 3:00 PM to 6:00 PM at Norman Unitarian Universalist Fellowship.