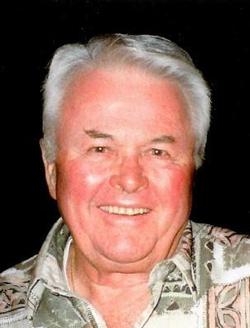 MURDOCH,
Robert F. age 73 of OKC, died May 18, 2010. He was born November 8, 1936 in Aliquippa, PA to Donald and Mary (Fouse) Murdoch. Robert served his country in the US Air Force, retiring as LT. Col. He had a distinguished flying cross, meritorious service medal, bronze service star, air medal w/4 Oak Leaf Clusters as well as other medal while serving 2 tours during Vietnam, flying a total of 189 missions, having over 10K flying hours during his lifetime. Robert had a lifelong love of aviation. He was preceded in death by his parents; a brother, William and a son, Scott. Robert is survived by his wife of 17 years, Patsy (Robeson) Murdoch of the home; 2 sons, Kirk of Owasso, OK and Bob of Galt, CA; 6 grandchildren and his best buddy, Babe. Memorials may be made to OU Medical Center % Children's Hospital. A memorial service to celebrate his life will be 10:00 AM, Friday, May 28 at Buchanan Funeral Service Chapel.