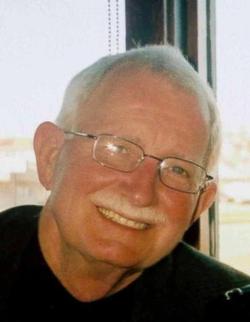 Ronald Everett Vickers, 79, of Yukon, OK was welcomed into his loving Father's arms on Monday, August 22, 2016. He was born November 19, 1936 in Dallas, TX to Imogene and Paul Vickers. He graduated from Will Rogers High School in Tulsa, OK in 1955. He attended college at Tulsa University and Oklahoma State University, majoring in accounting, before serving his country in the U.S. Army. He married the love of his life, Margaret, on May 16, 1974. After retiring from sales, he accepted a job in the Mustang public school system where he left a lasting impact with his desire for helping children. Nothing made him happier than spending time with his family, watching OSU football or traveling. He is survived by his wife Margaret; daughter Morgan and husband Matt Nichols; grandchildren Berkley and Ayden; and numerous in-laws, nieces and nephews. The celebration of life will be held August 30, 2016 at 10:00 am in the chapel of Buchanan Funeral Service.