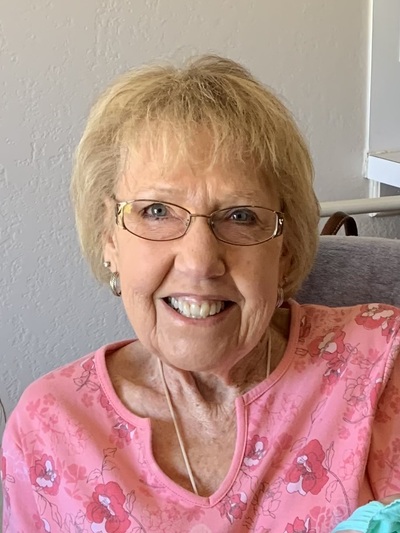 Shirley Sue Davis, 85, of Piedmont, passed away Wednesday, June 22, 2022, at her residence.  She is now rejoicing, in Heaven, with her Lord and Savior.

Shirley was born in Larned, Kansas, on January 21, 1937, to Ernest Edwin and Ella Marie (Winkler) Smith.  The family moved to Enid, Oklahoma when Shirley was a child and she graduated from Enid High School in 1955.  In 1958, Shirley married Eddie Earl Hammett and received her Registered Nursing License from the University of Oklahoma.  As the wife of a U.S. Army officer, they lived in several places until Eddie was killed in a tragic helicopter crash in 1962.  Moving back to Enid with her children, she married Robert Milton Davis on June 28, 1964, and they lived in Iowa, South Dakota and several years in Oklahoma City before moving to Piedmont, where they lived for many years. They were longtime members of Piedmont United Methodist Church. In 2001, Robert and Shirley moved to Enid. Shirley was a longtime member of New Hope United Methodist Church in Enid. In 2019, Shirley moved back to Piedmont to live near family. In 1993, Shirley retired as the head nurse of surgery at Deaconess Hospital, in Oklahoma City. Even though she retired from the hospital, Shirley still had a strong desire to be a nurse and help others. With the United Methodist VIM Medical Mission trips during 1994-2005, Shirley traveled the world from Central America to Kenya. She was aiding and assisting those in need by spreading goodwill and providing medical care, comfort, and God’s love. Her retirement also allowed her to spend extra time with her grandchildren. Grandma and Grandpa’s lakefront house at Northwood Lake in Piedmont was the “funnest” place to be!  Shirley loved her family and spending time with them, working in the yard, watching all sporting events, especially OU and Thunder and being independent.

Memorial services for Shirley Sue Davis will be at New Hope United Methodist Church, in Enid, at 11 a.m., Friday, July 1, 2022.

In lieu of flowers, the family has requested that memorials be made to God’s Perfect Plans Foundation.