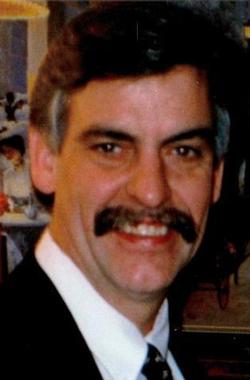 CURLEY,
Steven A. went to be with his Lord and Savior, Jesus Christ on Tuesday, Feb. 10th, 2009. He was born April 15, 1953 in Kansas City, KS to Rollin and Bonnie Curley. He lived in KS and moved to Tulsa, OK in 1966. Steve was a competitive swimmer in both Jr. High and High School. He graduated from Tulsa Memorial in 1971 and continued his education at Missouri Institute of Technology, earning a degree in electrical engerinering in 1974. He established a career with the Oil and Gas industry, where he travelled extensively to countries including: UK, Italy, S. Africa, Turkey, Nigeria, Canada as well as Hawaii & Alaska in the US. Steve continued in Sales of High Tech Equipment until his accident in 2001, resulting in quadriplegia and confining him to a wheelchair for the last 8 years. He was an inspiration and a blessing to all who came in contact with him. He created voice commands on his computer and developed a web site and played chess online with people all over the world. Steve loved football, and was a lifetime KC Chiefs fan, and was an avid golfer. Steve had a mini ministry thru his computer and sent out daily devotionals and encouragements from God&#39;s word. He continued this until October 2008. He was preceded in death by his father, Rollin Curley and a brother, David. He is survived by his wife, who he called the Love of his life, Mary Lynne Curley; son, Eric Curley & wife Sheila of Bixby, OK; son, Micah Curley of Tulsa; 2 step-daughters, Kristi Wisenbaker of OKC, Kelli Gooch & husband Ron of Bethany; mother, Bonnie Curley and a sister Cora, both of Dallas, TX.; 6 grandchildren, Madison, Alena, & Mariah Curley, Tanner, Trey & Tate Gooch. The family would like to take this opportunity to thank Jim Thorpe re-hab, Kindred Hospital, Girling Health Care, Mercy Hospital, Mercy Home Health, Select Hospital and Odyssey House Hospice, a very big special thank you to Dr. A. J. Bisson for his special care and consideration given to Steve all of these difficult years and to our church family at Council Road Baptist Church for all of their help and support. In lieu of flowers, please make donations for the benevolence fund at Council Road Baptist Church, 2900 N. Council Rd., Bethany, OK 73008. Services will be 2:30 pm, Thursday, Feb. 12 at Buchanan Funeral Service Chapel with interment to follow at Spring Creek Memorial Cemetery