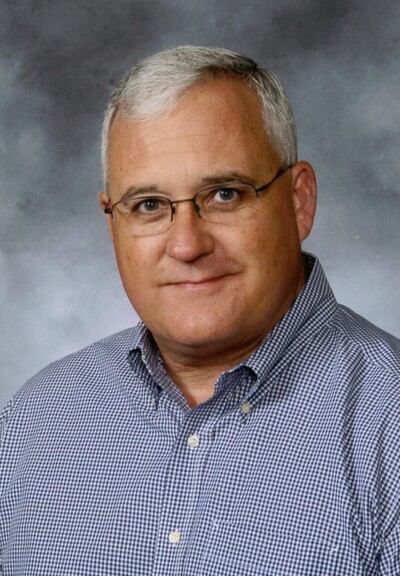 On Saturday, May 16, 2020, Terry Ray McBride, loving husband and father of three children, passed away at age 61.

Terry was born on December 30, 1958 in Pampa, Texas, to Doug and Alma Ruth McBride. He played college football at Panhandle State University in Goodwell, Oklahoma. He then received his Bachelor of Science in Industrial Technology from West Texas State University in Canyon, Texas. On April 23, 1988, he married the love of his life, Sherry Whitesell. They raised two sons, Justin and Matt, and a daughter, Abby. Terry was a loving Papa to Rocky and Maizy, and he was looking forward to meeting his third grandchild, Reya.

Terry pursued everything he did, both work and play, with tenacity. Terry loved having a good time and he always made sure everyone around him was laughing—and well-fed. Terry was the friend and father you could call anytime for anything and he’d be there. His great joy in life was taking care of those around him. Terry never met a stranger, he always made anyone and everyone feel loved and welcome. He had a huge heart and infinite capacity to love others.

Terry worked in the oil and gas industry for 40 years and had a work ethic second to none. He was always willing to do whatever it took to get the job done. Terry had a thirst for learning. He was constantly seeking to grow in knowledge and better himself. In addition to his career, he was involved in many professional oil and gas organizations: American Petroleum Institute, Oklahoma City Pipeliner’s Association, Gas Processors Association, Southwest Energy Institute, Liberal Gas Compressor Institute, Panhandle Producers and Royalties Owners Association and Society of Petroleum Engineers. Terry was involved with his community and served for 10 years on the school board for Piedmont Public Schools. In 2009 Terry was selected to the All-State School Board in recognition of his outstanding service to public education in Oklahoma and to the Piedmont Board of Education.

Terry was preceded in death by his father, Doug. Terry is survived by his wife, Sherry; sons, Justin McBride and wife Rachel, Matt McBride and wife Cheyenne; daughter, Abby and husband Jacob Wright; grandchildren Rocky & Maizy Wright; and mother, Ruth McBride. Service to remember his life will be 2:00 pm, Friday, May 22, 2020 at Quail Springs Baptist Church with burial to follow at Spring Creek Memorial Cemetery. Visitation will be Thursday, May 21, 2020 from 1:00-8:00pm, family will greet visitors from 5:00-7:00pm at Buchanan Funeral Service.