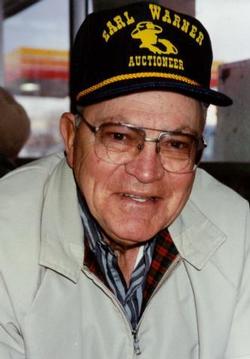 Thomas Eugene Joiner was born near Tishomingo, OK, to Edward Porter Joiner and Georgia Ann (Billingsley) Joiner. He and his family moved to Wheeler County, Texas at about the age of 3, where he lived until he was 17 years old. Tom attended Kelton School until his senior year when he left school to enter the U.S. Navy. He served both stateside and in the South Pacific. He spent about a year in the Philippine Islands, which is where he was when Japan surrendered. He received his discharge in April of 1946. He then came to Greer County, OK. This is where Tom met and married Pairlee Laverne Ellington on June 12, 1947 in Wellington, Texas. To this union were born 2 children, Carol Beth and Thomas Ray Joiner. He worked as an auto body repairman for several years before going to work for General Motors in July of 1953 as an insurance adjuster. After retiring from G.M. in July 1980, Tom and Laverne returned to Mangum where they bought and ran an independent insurance agency for about 2 years before retiring again. Later, he went to work as a "Storm Chaser" for some 8 years, where he worked storm losses from Texas to Iowa and Nebraska to Wyoming, before retiring for the final time. Tom and Laverne enjoyed the R.V. lifestyle. They spent several summers in Colorado and some winter months in south Texas. In 2002, at the age of 77 Tom took the test and was awarded his G.E.D. certificate. In 2003, at the age of 78, he was awarded his high school diploma from Mangum High School pursuant to a state mandate awarding a high school diploma to all WWII Veterans who left school prior to graduation and entered the Armed Forces. He was preceded in death by, his parents, 8 sisters and 3 brothers. He is survived by his wife Laverne; daughter, Carol Hulett; son, Ray Joiner; grandchildren Stephanie and Kevin Curd, Melissa Hulett; great-grandchildren Avery and Emerson Curd, Tye and Levi Anderson, Chase Hulett; son-in-law Adam Hulett and other family and friends. Visitation will be Sunday, September 11th, from 1-8 p.m. at Buchanan Funeral Service. Celebration of life will be held Monday, September 12th, at 10 a.m. in the chapel of Buchanan Funeral Service with burial to follow at Roselawn Cemetery in Mangum, OK.