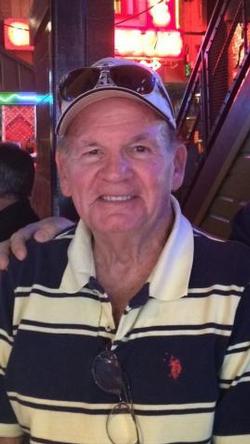 Carl Sampley, age 74, died peacefully on Monday, June 9th after his corageous battle with cancer.Carl was born December 27, 1940 in Springer, OK and was the son of Melvin and Cordie Sampley.

Carl graduated from Springer Public Schools and attended Oklahoma Missionary Baptist College in Marlow, OK. Carl pastored at several Missionary Baptist Churches, owned multiple businesses and went into the Gas Compression business. During the last few years he ran his dad's shop in Springer, Sampley Hydraulics. He was a jack of all trades and he could fix almost anything. His granddaughter, Preslea, always said "just give it to Papa, he can fix it!"

He is preceded in death by his parents and one brother, Charles Sampley.

Funeral services will be Thursday, June 11th at 10 a.m. held at the First Baptist Church, Piedmont, OK with interment to follow at Hillcrest Memorial Park Cemetery in Ardmore, OK at 3 p.m. Services are under the direction of Buchanan Funeral Hone, Oklahoma City.

In lieu of flowers, memorial donations can be sent in his name to "First Baptist Church Piedmont Building Fund."