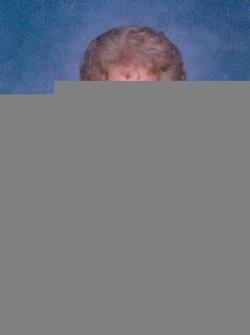 Davis,
Virginia Lee Linn went home to her heavenly Father on Tuesday, August 24, 2010. She was born January 8, 1922 in Minco, OK to George & Cora Linn. She graduated from Classen High School in 1940. She married Charles Burba in December 1941. In 1968 she went to work as a secretary at the Oklahoma County Court House. She married Dr. Orville Davis in July 1971. She is best remembered by her family as a devoted and loving mother and grandmother who was happiest in the kitchen preparing everyone's favorite dishes. She was a charter member of Northwest Baptist Church. She also loved volunteering at the National Cowboy Hall of Fame and at Baptist Hospital. She is survived by son, Hal (Sheila), Tulsa, OK, daughter, Suzi Lynn, Oklahoma City, OK and son Chris (Arlene), Davis, OK also, three grandchildren Lauren, Matt & Courtney, who proudly called her Nana. We will miss her dearly and cherish our many memories. The family wishes to thank the wonderful, caring and loving staff of Integris Hospice house. We would also like to express our gratitude to her neighbors and friends for their love and friendship. Family visitation will be Thursday, August 26, 2010 from 6p-8:30p at Buchanan Funeral Service. A Memorial Service will be held Friday, August 27, 2010 at 11:00 AM at Northwest Baptist Church, 3030 NW 23rd St., OKC, OK.