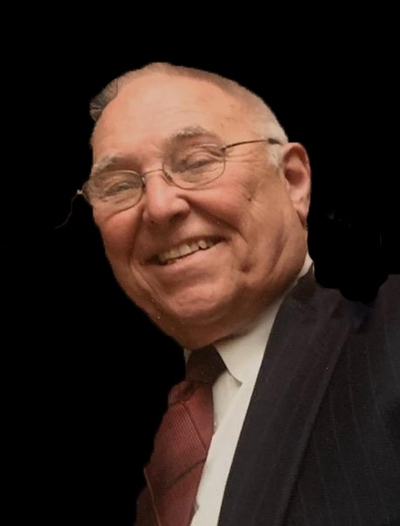 For the service video of Walter’s service Click Here.

If you are planning on attending the service at Epiphany, masks are required. Thank you.

He is survived by his loving wife Ray Ann Merchant.  She and Walter have been married for 47 years.

Walter has also been a foster parent.  Walter and Ray have fostered 194 newborn babies from Catholic Charities.  He was an active foster parent right up to the end of his life.

His priorities were being a good husband, a good father and a good Catholic.  He was a founding member of Epiphany Catholic Church and has been an active faithful servant to God in his involvement at Epiphany.  He served on the Epiphany Men’s Club and as an Usher.  He was a proud Catholic, he loved his God and his church.

He leaves a legacy of hard work and amazing skill throughout his long career as a salesman.  He spent the most of his career at Mercedes Benz of Oklahoma City and was brilliant in his trade.  He went on to start his own business in the last years of his life.

Walter Merchant was a role model and hero to so many.  He leaves an unbelievable legacy.  His legacy lives on by the children and grandchildren that carry on the Merchant name, the impact he had by giving so many newborns a chance as they began their life, his incredible impact on the business community and his unbelievable Christian and compassionate works in the community.

He leaves a void in our lives that can never be filled.

Services to Celebrate Walter’s life will be at 11:00 AM, Friday, December 11, 2020 at Epiphany of the Lord Catholic Church.

The service will be livestreamed, but for those attending the service in person, please wear a mask for the safety of all those in attendance.