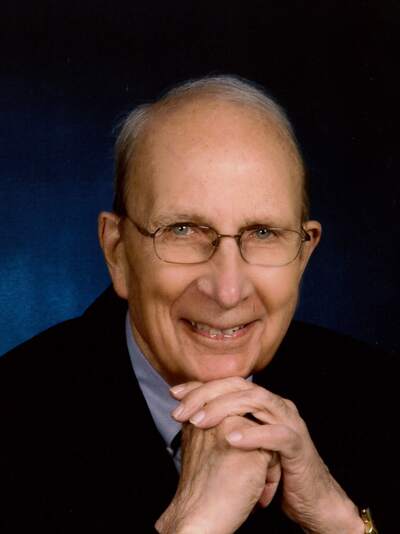 Wilbur Lee Brakhage met his Lord and Savior on June 18, 2020, in Oklahoma City, Oklahoma. He was born on February 9, 1928, to Christoph and Martha Nehring Brakhage on a farm near Lahoma, Oklahoma. He attended Starlight Country School and Zion Lutheran Parochial School. Wilbur graduated from Lahoma High School in 1946. Starting at a young age, he helped his parents and siblings on the family farm. On August 28, 1949, he married Marjorie Lee Hannaford at St. Paul’s Lutheran Church in Enid, Oklahoma. While doing the family business of farming, he became interested in the new television technology and electronics. On March 1, 1956, he became a pioneer in the Oklahoma television business and was employed by KOCO TV, Channel 5 in Enid. When KOCO’s license was transferred to Oklahoma City, Wilbur remained in Enid fulfilling his requirement of providing live programming from Enid during the transition to Oklahoma City. Pastor Stark, pastor of Redeemer Lutheran Church in Enid, worked with him to provide live programming of weekly Sunday School programs for children. In 1958, the family moved to Oklahoma City where he was the Assistant Chief Engineer until 1966 when he started employment at RCA as a field service engineer. The family relocated to Stillwater, Oklahoma in 1968 when he accepted the position of Chief of Engineering at Oklahoma State University at the Educational Television Services. His department was instrumental in making OSU one of the first universities to implement learning by satellite television in the 1980s. He retired from Oklahoma State University in 1987. During his retirement, he spent much of his time consulting, doing work with the church and spending time with family. Wilbur lived at Bellevue Nursing Center for 5 1/2 years, where he received loving and kind care. The last years of his life, he found comfort from his faith. He enjoyed Sunday worship services at Bellevue Health and Rehab Center. He passed the time singing favorite hymns of praise often joined by the clinical staff at Bellevue. He found joy in listening to hymns sung by children from his church and other groups that visited and sang songs praising his Lord and Savior.

In lieu of flowers, donations can be made to Messiah Lutheran Church and School.