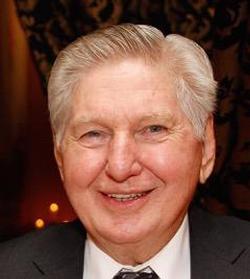 Eugene was born in Enid to Elgin and Esther Crosby. He lived in Enid until he moved to OKC in 1960. He married Frances McCord in 1957. They had 2 daughters. He went on to work for the OKC Fire Department in their communication division. After he retired from the OKC Fire Dept. he operated his own business of repairing 2-way radios until he retired for good after he had open heart surgery. Eugene was a faithful Christian. He taught a sixth grade Sunday school class for many years and also served as a deacon for many years. He was presently a member at North MacArthur church of Christ. He is survived by his beloved wife of 58 years, Frances; 2 daughters, Debbie McNeely and her husband Steve and Connie Drummond and her husband Jim, all of Yukon; 2 grandsons, Kyle McNeely and his wife Nicole and Austin McNeely and his wife Calais; 2 granddaughters, Haley and Cara Drummond; and 4 great grandchildren, Alexis, Layla, Luke and Colin McNeely. Service to celebrate his life will be at 11:00 AM, Tuesday, April 19, 2016 in the chapel of Buchanan Funeral Service.