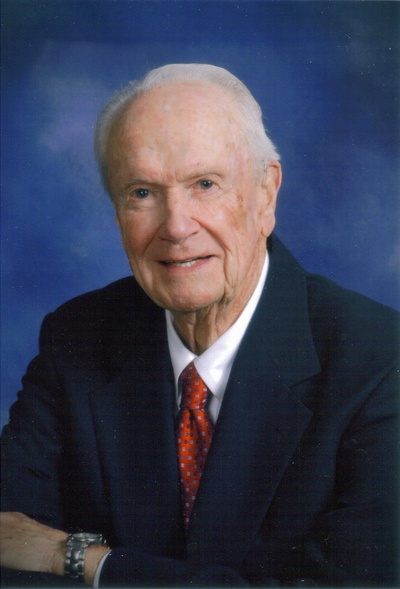 William (Bill) John O’Hare died January 12, 2022.  He was born September 21, 1929 in Sacramento, CA. to William Clarence and Elsie Margaret O’Hare.  He graduated from Sacramento High School where he participated in all sports and activities.  He was elected Senior Class President.  He attended the University of California at Berkeley, majoring in Business Administration and received both a B.S. and M.B.A. He was a member of Theta Delta Chi fraternity.

After graduation, Bill was hired by Aluminum Company of America, (ALCOA), where he serviced the aircraft industry in Los Angeles, CA. during the Korean War.  He was promoted and moved with ALCOA to Pittsburgh, PA. where, he was in college recruiting and later, Manager of Professional Employment.  During a 21-year career with ALCOA, Bill held a number of management positions in Sales & Marketing. It was in Pittsburgh where Bill met his wife of 57 years, Gladys Anne Yates.  They were married in 1964 and raised their children in Pittsburgh, Gross Pointe, Michigan, and Oklahoma City.  In 1973, Bill was hired as President of American Level Company in Detroit, Michigan, which was a subsidiary of Macklanburg Duncan, now M-D Building Products of Oklahoma City. After four years, the company moved to OKC where Bill held multiple executive positions in sales and marketing at the parent company.

Bill was a member of Metropolitan Baptist Church where he served on the Deacon board for several terms and was president of his Sunday school class.  He was a committed Christian and prayed faithfully that all of his children, grandchildren and great grandchildren would accept Christ in their lives. Bill had many hobbies including woodworking, golf, fishing, bridge and travel.  His favorite vacations were at Bethany Beach, Grand Lake, Crested Butte, Jackson Hole, Horn Creek, and Hermit Basin with his family.

Bill’s love for his Lord and savior was expressed by his love for his family and friends. He was known to have lived his life to the fullest. He was a man who had never met a stranger. His message and hope for us would be to know these verses:

For God so loved the world that he gave his one and only Son, that whoever believes in him shall not perish but have eternal life. John 3:16

Do not be anxious about anything, but in every situation, by prayer and petition, with thanksgiving, present your requests to God. And the peace of God, which transcends all understanding, will guard your hearts and your minds in Christ Jesus. Philippians 4:6-7

“Do not let your hearts be troubled. You believe in God; believe also in me. My Father’s house has many rooms; if that were not so, would I have told you that I am going there to prepare a place for you? And if I go and prepare a place for you, I will come back and take you to be with me that you also may be where I am. John 14:1-3

We find comfort in the promise we have, as we know that we will see our husband, father, grandfather, great grandfather, and friend again someday. In Jesus name AMEN!