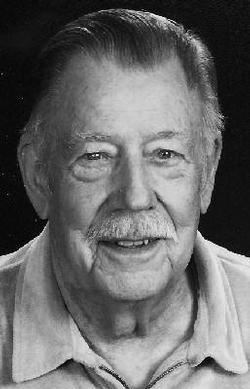 William Stuart (Bill) Holloway, 85, died Sunday, October 9, 2011 at this home in Oklahoma City. Bill was born in Pueblo, CO on January 15, 1926 to William Walter and Augusta (Hasse) Holloway. Bill proudly served his country in the U. S. Navy during WWII aboard the USS Grundy. In 1948 he married Jacqueline Olson of Muskegon, MI and in 1958 relocated the family to Cumberland, RI, where he worked most of his career for Madison Industries and Sandvik. He was a 50 year Master Mason, lived his life accordingly and in 1969 served as worshipful Master of Jenks Lodge No. 24 in Pawtucket, RI. In later years he lived in St. Charles, IL, returned to Muskegon and then settled in Oklahoma City. He was preceded in death by his parents and a brother, John. Bill is survived by his wife of 63 years, Jacqueline; sons, David (Rita), John (Carol); daughter, Nancy Becker (Roger); grandson, William Theroux (Lisa); and a great granddaughter, Alyssa. In lieu of flowers, donations may be made on Bill&#39;s behalf to his favorite charity, St. Jude&#39;s Children&#39;s Hospital. A memorial service to celebrate his life will be 10:30 AM, Saturday, October 15 at Buchanan Funeral Service Chapel.