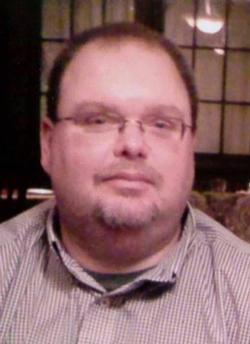 Shaughn was born in Tyler, TX to Ronald and Jeannie (Moler) Griffith. He was raised by his grandparents, Bill and Dorothy Moler after the death of his mother. Shaughn enjoyed all sports, was an avid (Understatement) OU Sooners Fan. He was quick to make people laugh and enjoyed his work, traveling and most of all his sons, of which he was most proud. He was preceded in death by Jeannie Griffith and Dorothy Moler. He is survived by his Wife, Amy; 2 sons, Bryce Griffith and his wife Rachel and Colby Griffith; Grandfather, Bill Moler; mother-in-law, Kathryn Dotson; brothers-in-law, Kevin Hamlin and Eddie and Darren Dotson; his aunt Judy and uncle Don and numerous cousins and many friends. Visitation will be Friday, July 1, 2016 from 10 am until 8 pm at Buchanan Funeral Service and the service to celebrate his life will be at 2 pm on Saturday, July 2, 2016 also at the funeral home.