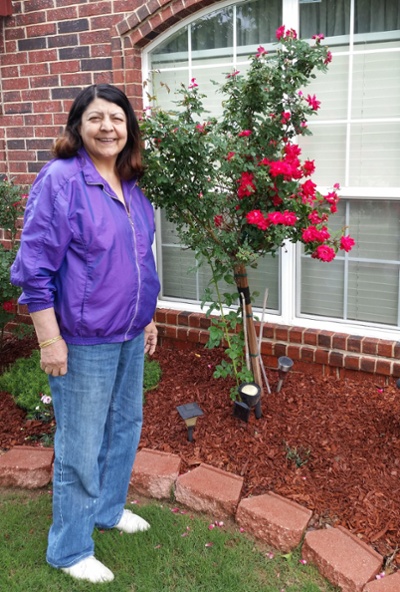 Ziba Beavers was born November 23, 1944 in Isfahan, Iran. She felt the need to help others so she became a nurse to help the sick. This is where she met her husband as he was a patient that Ziba cared for. She moved to the United States and settled in Oklahoma where she had her son Danny. She then moved to Oklahoma City to raise him and begin practicing nursing in the USA. After many years in the operating room helping fix those that needed help. She was the first surgical team to open Oklahoma Heart Hospital in 2002. She worked almost a full decade and made so many great friends. She was forced to retire due to illness where she could only care for her loved ones. She watched her son marry and give her two grandchildren who loved her dearly.

Ziba experienced so much in her short life from being a mother figure to her family of seven in Iran, then being a new citizen in a foreign land, learning to speak a new language and excel in the nursing field. Then to having children and grandchildren who loved her so much.

Ziba is survived by a husband, son and daughter in law and two loving grandchildren.

Ziba will be missed and in our hearts for all time.