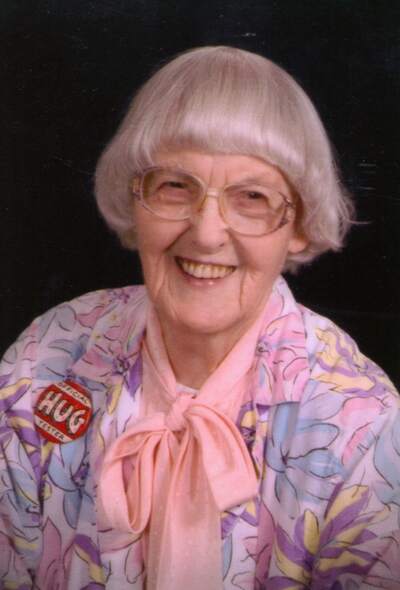 Alberta Etta Tumbleson. 94, a resident of Bethany, Oklahoma, died January 8, 2022 in Hydro, Oklahoma. She was born March 7, 1927 in Arlington, Texas to Cecil and Naomi Alice {Cross} Cook.   Alberta was very active in Church and attended Calvary Church of the Nazarene for over 60 plus years. Alberta taught a Children Sunday School class for many years. A lot of children learned about the Word of God.

Alberta grew up in Cabot, Arkansas and was a basketball player in school. In later years, she went to work in the Ammuntion Plant in Jacksonville, Arkansas at a very young age. She met the love of her life, Monta Ray Tumbleson, Sr. in Benton, Arkansas and they were married on December 24, 1944. Out of this union, there were 5 children born. After several family  adventures, the family ended back in Bethany, Oklahoma where Alberta was still residing.

Alberta was known to her children and family as a “Prayer Warrior.” No situation was too much to pray for and she was only a phone call away. Alberta would go to the Church Sanctuary on Sunday morning to pray over the pews and altars and Alberta felt God truly would anoint and provide for the needs of the congregation.

Alberta loved reading the Scriptures from the Bible and could quote scripture after scripture. She could tell you where they were located as well.

Alberta loved to give out cards for Anniversaries and Birthdays to the Church Family. She would work for hours on the cards and take them to Church with her on Sunday morning and give them out.

Alberta loved music and was always singing in her beautiful alto voice. She would even move her feet and dance around the house. Alberta loved to work with flowers, especially rose moss and orange lilies.