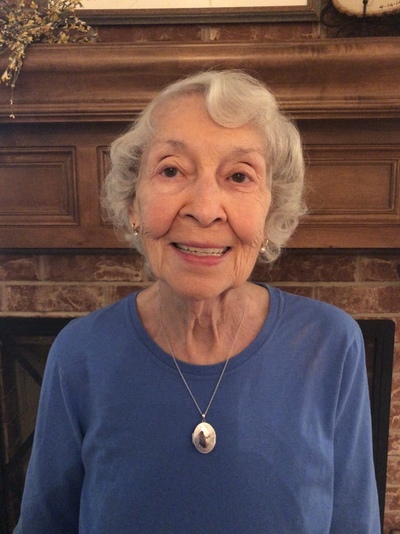 Bertha “Ann” Barrow Thurman was born April 26, 1934, in Kerrville, TX to Alfred and Lottie May Barrow. Being the youngest of four children and the only girl, she grew up as the apple of her daddy’s eye. He affectionately called her “Cookie” and the two them would share a special relationship for a lifetime. On August 30, 1953, she married a young sailor named Marion Earl Thurman. The two of them would share more than 64 years together. Ann was a devoted wife who sought to meet the needs and wishes of her husband for all their many days together.

Ann was a dedicated and loving mother to their five children. She bandaged skinned knees. She treated bumps, bruises, and bites. She consoled broken hearts and offered support to dampened spirits. She sat through ballgames in all sorts of weather and enthusiastically attended music and theatrical performances always sure that her child had played the vital role for a successful conclusion. Whether as children or adults, whenever her children were involved, she was there in the shadows cheering them on. Her unwavering support for her children could only be paled by her esteem for her grandchildren. She was doting and lovely as Grandma. She read books, played games and pretend roles when they were small. As they grew older, she was back on tour for ballgames, plays, and choir concerts. Perhaps no one has ever sat more proudly than this grandma who was never comfortable being noticed in a crowd.

Ann was shy and did not care for drawing attention to herself. This often left her uncomfortable in the role of preacher’s wife that came with her husband’s chosen profession. Yet, she found a way to serve her Lord and His church in many places. She was a devoted Christian woman who sought ways to serve others. She taught children’s Bible classes, provided food for those in need, as well as the extra folks her husband was apt to bring home for dinner without warning. She also visited and offered comfort to those who were suffering.  She found real satisfaction in serving others.

Though she never held a regular job outside her home, she labored tirelessly and provided for the needs of those she loved. Though she never received a salary, she had riches of kindness, compassion and love that were showered on those close to her. Though she willingly wore the name of her husband so that many never really knew her name, she helped shape the lives of those who contacted her ways. She willingly and graciously gave of herself and seldom expected anything in return. Her life work was to take care of other people. When the whole matter is considered, Ann Thurman was a godly woman with a servant’s heart.

Ann Thurman passed from this life to receive her promised reward January 5, 2022, and the age of 87.