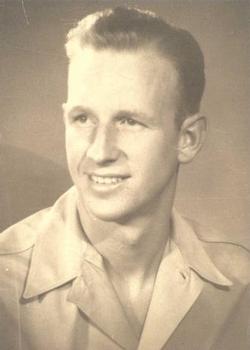 Alford Milton &quot;Al&quot;, age 88 of Oklahoma City went to his heavenly home on June 24, 2009. He was born May 26, 1921 in Willow, Oklahoma to Alford Milton, Sr. and Pearl Lee (Hardwick) Prince. Al served in the Army Air Corps during WWII as a radio operator. He retired from FAA as an electronics technician in 1976. During his retirement years, he and his wife Daisy enjoyed their children and grand children. Al was an avid outdoorsman, fisherman and hunter. He and Daisy spent many summers in the Colorado mountains. Al was also an amateur radio operator with the call sign AD5U. He was preceded in death by his parents, his wife Daisy and a sister Frances Homer. He is survived by his daughter, Nancy Anthony and husband Jim of Forney, Tx; a daughter Sally Ghotly and husband Hashem of OKC; a son, Randy Prince and wife Barbara of OKC; 8 grandchildren and 4 great-grandchildren. Services to celebrate his life will be 10:00 AM, Saturday, June 27 at Buchanan Funeral Service Chapel with internment to follow at Bethany Cemetery.
Buchanan Sig