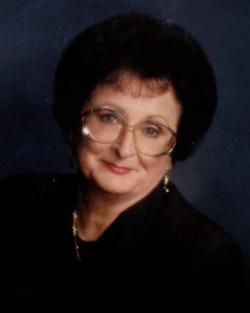 Arlena began her health care career with Four Seasons Nursing Centers in 1968 working in medical records, then became the Administrator and was shortly promoted to Regional Director of Operations over Oklahoma, New Mexico and Texas. In 1983 she formed a lifelong partnership and friendship with Denver McCormick, Linda McCormick and Jackie Bosler as co-owner of Southwest Health Care Management, Inc. They went on to manage and own multiple long term care skilled nursing centers and assisted living centers in Oklahoma. Up until her recent illness she continued to operate her businesses along with her daughter, Teresa Dunbar-Gay. Arlena's professionalism, her dedication to her residents and her business acumen were just a few of the reasons she was so loved by her employees and so well respected in the industry.

Bill and Arlena enjoyed many years of Square Dancing, which included Arlena's talent for sewing each of their dance costumes. Bill and Arlena also enjoyed traveling across the United States in the RV Club of Oklahoma.

But, despite her long career and her numerous hobbies that kept her busy, the light of her life was her family, her husband Bill, her two daughters and their children and grandchildren. If not working, she could always be found with her family, enjoying a meal, fishing at the lake or just watching Thunder basketball.

Arlena inspired many people over her lifetime in the care she provided to the elderly, but her memory will continue to inspire many more by those employees who will continue her legacy!